North Korean Forced Laborer Sues Dutch Company - FreedomUnited.org
This website uses cookies to improve your experience. We'll assume you're ok with this, but you can opt-out if you wish.Accept Read More
Skip to content
Back to Global News 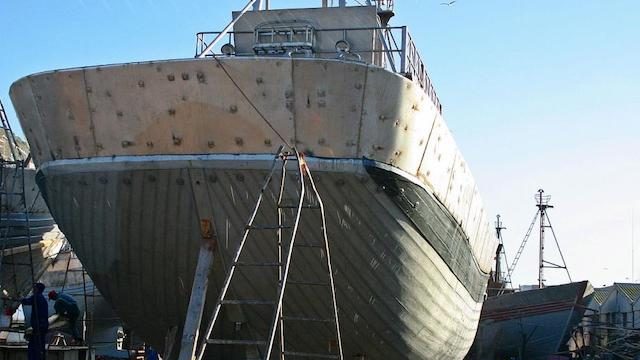 A North Korean man who endured horrible working conditions at a Polish shipyard is suing a Dutch company that built ship hulls at the site.

The company is not explicitly named in the lawsuit so as not to hinder the Public Prosecutor in an eventual criminal investigation. The North Korean man’s name is also withheld to protect his safety.

The man worked for Polish company Crist S.A., a prominent shipyard in Europe, for years.

An investigation by the Polish Labor Inspectorate revealed that safety and health regulations were systematically ignored at the shipyard.

“This declaration, which focuses on labor exploitation in the chain, makes it crystal clear for multinational companies that benefit from forced labor that these practices can have serious legal consequences”, Gearóid Ó Cuinn, director of human rights organization Global Legal Action Network, said, according to the newspaper.

“This case reminds us once again that more needs to be done within Europe, because slavery thrives here too.”

Remco Breuker, professor of Korean Studies at Leiden University, has done research on North Korean forced labor, concluding that many Dutch ships were in fact built by North Korean slaves.

Nearly 150,000 North Korean laborers have been sent abroad to work, used as a source of cheap labor in dozens of countries. They are forced to send most of all of their earnings back to the government.