UK Served £1m Bill for Shortchanging Victims - FreedomUnited.org
This website uses cookies to improve your experience. We'll assume you're ok with this, but you can opt-out if you wish.Accept Read More
Skip to content
Back to Global News 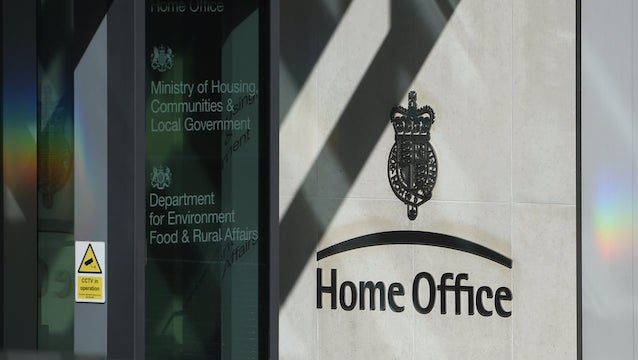 A high court judge has ruled the the UK Home Office unlawfully slashed aid for victims of trafficking.

The ruling has tremendous implications — the government must now make back-payments to victims, a sum that is likely to surpass 1,000,000 pounds.

Back in March the Home Office announced that it would nearly halve support for victims of modern slavery, cutting their weekly support from £65 per week to £37.75, a fall of 42%. The government argued this was needed to bring down aid for trafficking victims to match that of destitute asylum seekers.

Under the National Referral Mechanism, a government program to identify victims of modern slavery, victims are entitled to support from the government while they wait for a decision on their case and begin their rehabilitation.

In a judgment that condemned the Home Office as failing in its duty to victims of trafficking, Mr Justice Mostyn ruled that the government acted unlawfully in reducing the payments and ordered back-payments likely to exceed £1m.

He said: “The claimants and anyone else subjected to the cut are entitled to be repaid at the rate of £27.25 per week from the date that the cut was imposed on them until the date of repayment.”

He added that “the very substantial cut imposed unilaterally” by the department was taken on a false basis and could not stand.

He said the home secretary, Sajid Javid, had an “absolute duty immediately to issue the guidance that parliament has required of him” and that “any further delay would be completely unacceptable”.

“I am so happy with the judgment and how it will help other victims affected by the cuts, like me. I was so low because I was not able to do the activities which had been helping me before my money was cut.”

Silvia Nicolaou Garcia of Simpson Millar solicitors added that the cuts had caused her client to “accrue debt…[he] could no longer afford to buy food, clothes or mobile credit to allow him to keep in touch with his professional support network or his friends.”

The Home Office says it will accept the court ruling.

“We are committed to reforming the National Referral Mechanism to ensure victims of modern slavery get the support they need. We accept the court judgment and will set out our response in due course,” said a spokesperson.

Why should we be paying for this, no money should be given to organisations like this, I amsick and tired of being ripped off all the time.

They are victims of modern slavery living in Britain exploited by British employers. “Setting out a response” is not an answer. Repaying them to money should be done immediately so that7 justice
is seen to be done straight away. Who could live on £37.75 a week.?One million pounds is a drop in the ocean for the government but is a life saver for these traumatised victims.