Trump Sends Deportees to "Land Where Slavery Lives On" - FreedomUnited.org
Skip to content
Back to Global News 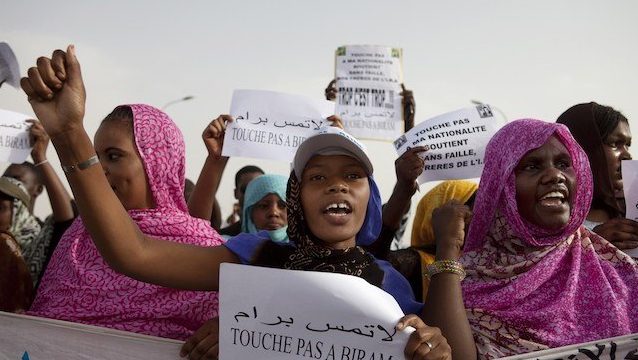 Trump Sends Deportees to "Land Where Slavery Lives On"

Issa Sao spent five months being moved around different detention centers. He hoped that the United States would not send him back to a country that had jailed, tortured, and expelled him.

Then just before midnight on October 15, the agents came for him.

Sao’s lawyer, Julie Nemecek, said “His exact words were something like, ‘Oh my God, they are taking us tonight! They are putting us on the charter!'”

The next day he was gone, leaving behind his wife, stepson and a young daughter in Ohio.

Stories like Sao’s may not have made the headlines, but they are all tied back to Trump’s hardline stance on immigration and pressure on other countries to accept deportees.

In his first week after taking office, Trump signed an executive order directed at enhancing public safety by cracking down on immigration. Tucked within it was a mandate to diplomats to make accepting deportees a priority in negotiations with foreign countries.

In early November, Trump cut off trade benefits to Mauritania for its failure to combat forced labor and “the scourge of hereditary slavery.” Thousands of black Mauritanians like Sao live in slavery — a number that activists say is declining, but that the UN said could be up to 20 percent of the country’s population less than a decade ago.

Yet since Trump took office, the U.S. has deported a record number of people to that very country. The 79 deportations last fiscal year mark a more than 900 percent increase over years prior, according to an NBC News analysis of ICE data.

Sao was among the first to be removed this fiscal year, which began October 1. ICE said 22 Mauritanians are currently in custody and could soon be returned.

The Mauritanian community in Columbus, Ohio has been shaken by the ICE sweeps. Many Mauritanians came to the US to seek asylum after a bloody war in 1989, when the ruling minority of Arab Moors expelled some 70,000 non-Arabs.

That war caused black Mauritanians to become effectively stateless — Mauritania no longer recognized them as citizens and would not accept them back.

But the Trump administration is now forcing these once “recalcitrant” countries to comply. “The administration has not hesitated to bully smaller nations to force compliance with the new policy,” explained former U.S. Ambassador to Vietnam Ted Osius.

The danger to deported black Mauritanians is real. Sao’s lawyers argued in court that six other Mauritanian men they knew who had been deported were imprisoned upon their return to Mauritania. But the judge didn’t buy it.

A day after Sao was put in shackles and put on a plane, his wife finally heard that he did touch down in Mauritania.

Yet within a matter of days, fearing for his life, Sao fled Mauritania once again.