Mauritania: "People think God Created Them to Be Slaves" - FreedomUnited.org
This website uses cookies to improve your experience. We'll assume you're ok with this, but you can opt-out if you wish.Accept Read More
Skip to content
Back to Global News 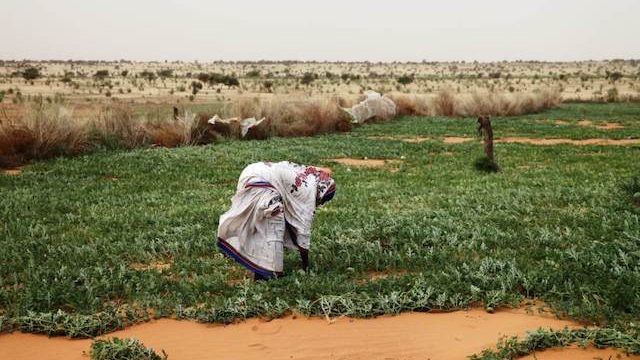 Mauritania: "People think God Created Them to Be Slaves"

“The land belongs to our masters,” says Aminetou Mint Yarg.

Day after day, she and other villagers haul water from the river to tend to crops owned by white Moors, the light-skinned elite in Mauritania.

Yarg is Haratine, or darker-skinned Mauritanians that make up the majority of the country’s enslaved underclass, made to work for their light-skinned “masters.”

Escaping slavery isn’t as simple as one might think. Not everyone sees themselves as a victim, and those who run away may end up in new forms of subservience.

“People think that God created them to be slaves,” explained Brahim Bilal Ramdhane, who was born into slavery but is now a leading anti-slavery activist.

Slavery is a word spoken in whispers in Mauritania, where the most prominent abolitionist, Biram Dah Abeid, is also a political opposition leader and has been jailed several times, along with other activists.

Slave-owners have become savvier in recent years, using threats to coerce slaves to lie and relying on tip-offs to conceal evidence of their wrongdoing from authorities, said IRA member Abdallahi Matallah Saleck.

Slaves also resist freedom out of ignorance and fear, sometimes refusing to be separated from their masters, he said.

Boubacar Messaoud, a veteran anti-slavery activist who founded SOS Esclaves, says “We think that before anything, the individual must want to escape slavery.”

Ramdhane added that former slaves often find themselves unemployed after escaping and many even end up resorting to taking jobs for the families of their former masters.

“There is another kind of slavery being created, in which you are obligated to work for these people,” said IRA member Abdallahi Matallah Saleck.

“We are calling for reflection. This is not the old world anymore.”