Peru Ex-Chief Arrested for Selling Poor Women's Babies - FreedomUnited.org
This website uses cookies to improve your experience. We'll assume you're ok with this, but you can opt-out if you wish.Accept Read More
Skip to content
Back to Global News 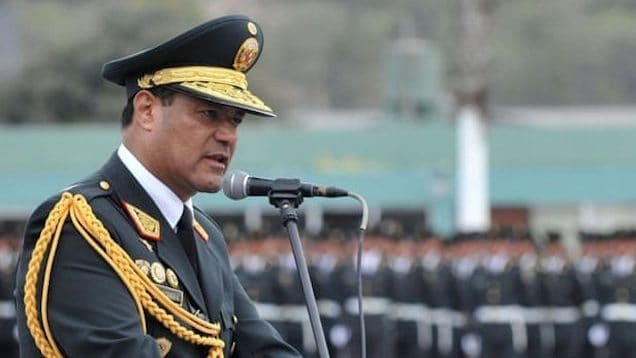 A former police chief in Peru, Raul Becerra, and his partner, Cintia Tello, were arrested on Tuesday for their role in a baby trafficking ring.

They are accused of belonging to a ring of a dozen people — including doctors — who took babies from poor women and put them up for sale.

A paediatrician and a gynaecologist were also arrested in what Peruvian police called a mega-raid in Peru’s second largest city Arequipa, in the south of the country. Hundreds of police officers and dozens of prosecutors raided 18 homes and businesses and rescued a five-month-old baby.

Retired police officer Raul Becerra was director of Peru’s national police force in 2010 but it is his partner Cintia Tello who is suspected of leading the trafficking ring, the police general, Walter Ortiz, told local media.

The gang included hospital workers who would identify mothers they could potentially exploit, according to the prosecutors’ investigation.

Among those arrested are two women who, it is alleged, secretly touted for backroom abortionists outside a hospital. They persuaded women considering abortions to accept money in exchange for their newborn babies, prosecutors said. Abortion is illegal in Peru unless the mother’s health is at risk.

Other members of the ring took care of the babies while its leaders scoped out potential buyers. Prosecutors say they are investigating if the babies were offered for illegal adoption by foreigners or, possibly, for organ trafficking.

All of those arrested are facing charges of organized crime, people trafficking, and crimes against life and health. They will likely be detained for at least a week as the preliminary investigation gets underway.

Very important it is that the head of this illegal, immoral and depraved criminal conspired operation to have had charges levelled against those senior positioned persons that were positioned in Peru’s police and including the national authority apparatus.
Too often the ringleaders are high academic achievers with appointments of enormous responsibility and control within a national government administration.

Corruption is often present wherever trafficking occurs and having effective justice systems where people breaking laws can be brought to justice is so important for stopping trafficking.

It is vital that people in positions of responsibility act with honesty and are trustworthy.

Thanks for sharing your thoughts!

Together for freedom,
Tate