Colorado Voters Abolish Prison Slavery - FreedomUnited.org
This website uses cookies to improve your experience. We'll assume you're ok with this, but you can opt-out if you wish.Accept Read More
Skip to content
Back to Global News 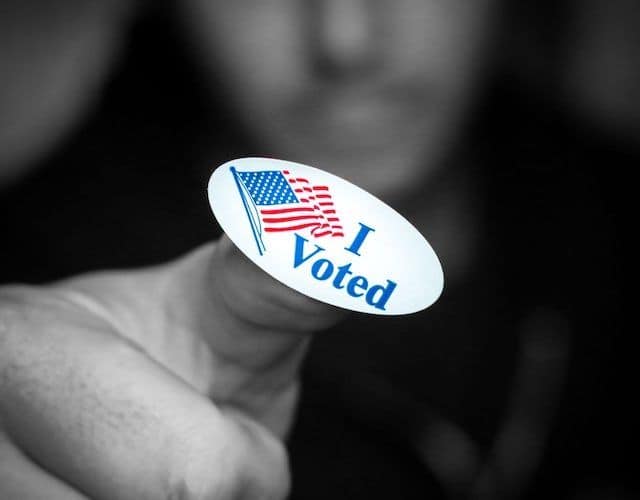 Today Colorado voters turned out to pass Amendment A, finally abolishing slavery from the state’s constitution. The change will now see language removed from the constitution that permitted slavery and involuntary servitude as a form of punishment for prisoners.

Specifically, the state constitution will now eliminate this line: “There shall never be in this state either slavery or involuntary servitude, except as a punishment for crime, whereof the party shall have been duly convicted.”

While official opposition to the amendment has been limited, activists promoting Amendment A have been subjected to harassment.

On Monday, Jumoke Emery, a lead organizer at Abolish Slavery Colorado, a posted a photo of a pile of burned Amendment A flyers on Facebook, saying that the flyers had been burned on his front porch. In an interview with the Colorado Sun, Emery likened the action to “a cross burning in my front yard.”

With the amendment passing successfully this time, advocates finally achieved the victory they fought for two years ago. But they acknowledge that this victory is more about the reaffirming the state’s values than immediately changing prison labor conditions.

The Tuesday result makes Colorado one of the first states to remove this language from its constitution. Governing magazine notes that bills “with similar goals failed this year in Wisconsin and stalled in Tennessee.”

This isn’t the first time Colorado voters have voted to abolish slavery. In 2016, a similar measure called Amendment T was on the ballot, yet it failed to pass due to the confusing wording of the text.

Yet this year anti-slavery activists were determined to win.

“We did our due diligence ahead of time, and we had legal assistance from the state legislature, from the ACLU,” said Emery.

“I hope that this puts forth the message that our past doesn’t have to be our future, that by and large we as Americans are interested in fixing our mistakes.”

However, advocates have acknowledged that this “victory is more about the reaffirming the state’s values than immediately changing prison labor conditions.”

The Netherlands, where people are civilised and have a culture, has shut 19 prisons in the last 10 years. This is a huge saving to the taxpayer and the Netherlands is still one of the safest and most peaceful (but not boring) countries in the world

I must admit that I am a bit ambivalent about this since in the UK people committing violent crimes may be incarcerated on conviction, but that incarceration providess them with food, clothing, shelter and entertainment for years to come, only depriving them of their liberty. The fact that they can prosper at the expense of the innocent is anathema to me. Surely the concept that they should be compelled to work while in jail is not slavery, but is retribution?

Some things could be considered retribution like working in the kitchen, laundry, general cleanup around the prison, etc but prisoners are also doing other types of jobs like making license plates and many other things for which they should get paid something.

Now what are they going to do? Pay prisoners a wage? If they’re unemployed in the outside world, prison may become an improvement on there circumstances.

Yes. It’s probably now we have to work to support prisoners. That’s the evolution of the world my friend.

No, more likely they’ll end up back in prison because they can’t find employment or employment that pays enough for them to pay off all their fines as well as paying back their “room and board” for however many years they were imprisoned by one of the numerous for-profit prisons springing up all over our country

What do you do to support yourself?