What Most Impacts Child Marriages? - FreedomUnited.org
This website uses cookies to improve your experience. We'll assume you're ok with this, but you can opt-out if you wish.Accept Read More
Skip to content
Back to Global News 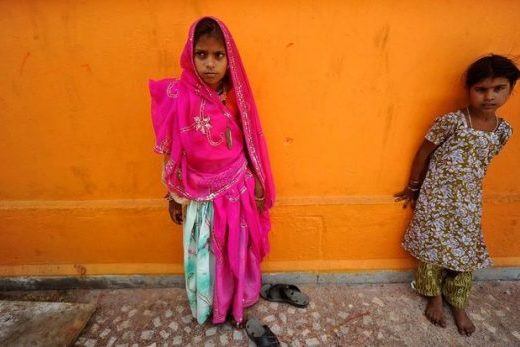 What Most Impacts Child Marriages?

What most impacts child marriage? Natural disasters and poverty.  In a crisis or political turmoil, young girls are most vulnerable. Advocates and aid agencies must be quick with necessary resources like shelter, food, drinking water…

There are improvements needed that will prevent those child marriages. UNICEF reports that 14.2 million girls are forced into marriage before the age of 18.

Between 2011 and 2020, more than 140 million girls will become child brides, stated a report by United Nations Population Fund (UNFPA). “Child marriage is an appalling violation of human rights and robs girls of their education, health and long-term prospects,” said Babatunde Osotimehin, M.D, Executive Director of UNFPA. “A girl who is married as a child is one whose potential will not be fulfilled. Since many parents and communities also want the very best for their daughters, we must work together and end child marriage.”

When families are struggling after natural disasters, reported by the Women’s Refugee Commission, they are more prone to allow their children to marry, perhaps because they want to protect their daughters from a future of poverty.

A report that came from the Women’s Refugee Commission evaluated the lives of displaced girls from Uganda, the Congo, Syria, and Somalia says that poverty is one of the primary causes.

The organization suggested the following solutions to prevent child marriages:

According to their website, the Every Woman Every Child initiative is a movement that mobilizes and intensifies international and national action by governments, multilaterals, the private sector and civil society to address the major health challenges facing women, children and adolescents around the world.

Ban Ki-moon, U.N. Secretary-General:  “I urge governments, community and religious leaders, civil society, the private sector and families – especially men and boys – to do their part to let girls be girls, not brides.”

To read the entire article about what most impacts child marriage, click on the link below.

View Article on The Borgen Project