Children Toil on Tobacco Farms - FreedomUnited.org
Skip to content
Back to Global News 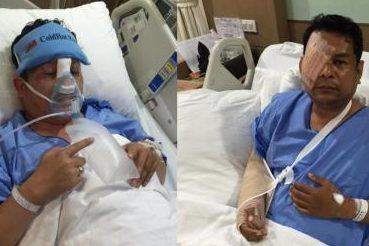 Thousands of children toil on tobacco farms.  For example, thirteen-year-old Ayu worked for several seasons on her family’s tobacco farm in West Java, Indonesia. She complains of getting sick hauling the tobacco leaves.  “My stomach is like, I can’t explain, it’s stinky in my mouth. I threw up so many times….”

This article by Jo Becker, Advocacy Director with the Children’s Rights Division at Human Rights Watch, tells the story of thousands of children who are working on farms that grow tobacco.  It’s not just Ayu who gets sick, but many of the children suffer nausea, vomiting, headaches, dizziness.  The symptoms are the result of nicotine being absorbed through their skin.

Ayu’s father sells his crop to a local village leader, who sells it on to a tobacco trader in Central Java. That trader sells it on the open market to tobacco companies from around the world, including two British firms, British American Tobacco and Imperial Tobacco. An opaque supply chain means neither company knows if Indonesian children helped farm the tobacco they buy, much less if they fell sick for their troubles. Smokers buying a pack of Dunhills or Lucky Strikes likely light up in ignorance too.

Around the world some 450 million people work in global supply chains. They include factory workers making clothes for big brand names, small-scale miners digging gold for jewellery and watches, and farmworkers growing tobacco and other crops. These chains are often complex, and span multiple countries with radically different legal and regulatory standards. Good practice in one area is no guarantee that the other end of the supply chain is not tainted by child labour or miserable working conditions.

The article explains that a major part of the problem is that international standards are simply voluntary.  There are some businesses that follow the guidelines in hopes of preventing human rights abuses.  Others try but fail.  Others boldly ignore them.

The article references the Rana Plaza disaster in Bangladesh three years ago.  More than 1,100 employees died when the 8 story factory collapsed after numerous concerns about its structural vulnerabilities.

The author writes that human rights abuses can be found in many industries, and persist in wealthy and poor countries alike. She argues that the system used now that allows companies to regulate themselves is not working.

At the International Labour Conference in Geneva, many leaders will talk about how to prevent these abuses in supply chains.

Jo Becker urges:  Delegates should start by negotiating a new, legally-binding international standard, setting out mandatory due diligence measures on human rights. Governments would then require companies based in their territory to adopt these measures throughout their supply chains – even when they operate in other countries.

To read the entire article–children toil on tobacco farms–click on the link below.