Global Slavery Index Reports 45 Million Slaves - FreedomUnited.org
This website uses cookies to improve your experience. We'll assume you're ok with this, but you can opt-out if you wish.Accept Read More
Skip to content
Back to Global News 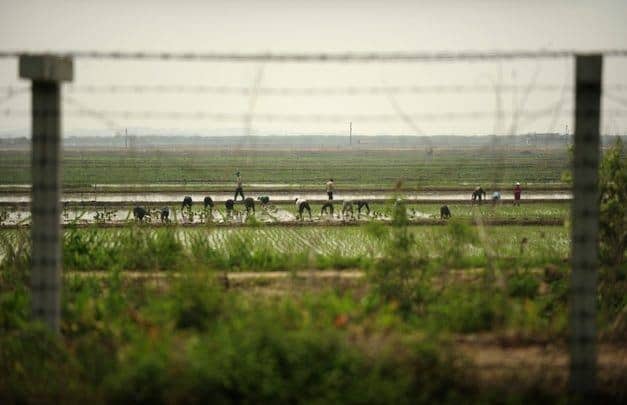 The 2016 Global Slavery Index, a report just released by the Walk Free Foundation, reveals that there are more slaves in the world than previously believed–more than 45 million, and 2/3 are living in the Asia Pacific…

The Walk Free Foundation, was started by Australian billionaire and philanthropist Andrew Forrest in 2012. It collects information from 167 countries with 42,000 interviews in 53 languages to determine the prevalence of the issue and government responses.

There are 124 countries where human trafficking is now a crime as pushed for by the UN Trafficking Protocol.  But Forrest said this is not enough.  “We call on governments of the top 10 economies of the world to enact laws, at least as strong as the UK Modern Slavery Act 2015, with a budget and capability to ensure organisations are held to account for modern slavery in their supply chains, and to empower independent oversight. I believe in the critical role of leaders in government, business and civil society. Through our responsible use of power, strength of conviction, determination and collective will, we all can lead the world to end slavery.”

As indicated by the chart below, India and China have the greatest number of slaves. 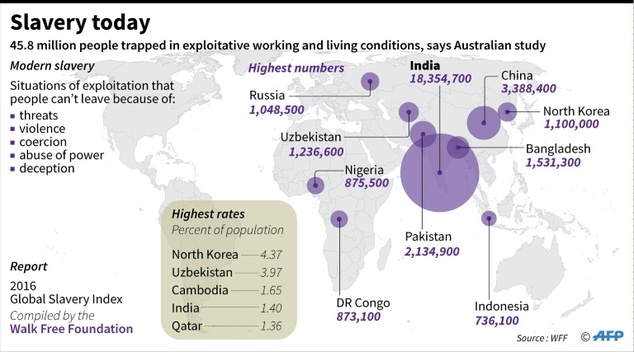 Slavery today ©John SAEKI (AFP)
To read the entire article about the 2016 Global Slavery Index, click on the link below.
View Article on Daily Mail