What Did Nevsun Know About Eritrea Abuses? - FreedomUnited.org
This website uses cookies to improve your experience. We'll assume you're ok with this, but you can opt-out if you wish.Accept Read More
Skip to content
Back to Global News 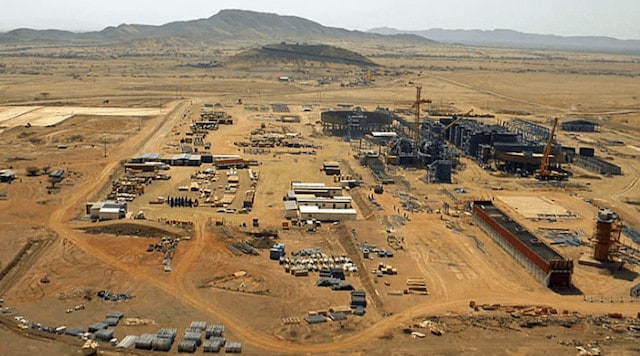 What Did Nevsun Know About Eritrea Abuses?

Vancouver-based Nevsun Resources has long denied allegations that forced conscript labor occurred at its Bisha mine in Eritrea.

However, as the Canadian Supreme Court begins to hear the case of exploited Eritrean workers, company documents filed with the court are painting a different picture — Nevsun executives appear to have been informed of the abuses up to a decade ago.

One email filed in court, dated March 4, 2009, and written by former Nevsun CEO Cliff Davis, is headlined “Private and Confidential due to Sensitivity.”

In it, Davis writes: Davis writes that lenders “have placed another obstacle in the road to finance. They assert that the country practises involuntary labour (forced labour) and before they can lend to the project, BMSC must demonstrate that the Bisha mine will not be a benefactor in any way of such labour, either directly or via any of its contractors.”

In the same email, Davis notes “we understand there are currently some National Service people working for a key contractor working at site” and that “we are in the process of determining whether the terms of employment would constitute forced labour.” Davis suggests BMSC could hire the workers directly or offer them contracts “where they could leave on their own free will.”

Nevsun has maintained that it screens for military conscripts — requiring proof that their workers are no longer in the national service program.

“I am very confident that there’s no forced labour, there’s no national service used either in the direct workforce or in the Eritrean contractors that provide labour or transportation or security guards to the Bisha mine,” Montreal human rights lawyer Lloyd Lipsett told The Fifth Estate in 2016.

But according to the company documents filed in court last November, forced labour at its mine site was not the only possible human rights violation Nevsun executives became aware of early on. Eritrean officials were also arresting workers off their mine site without clear cause.

In a January 2013 media release, Nevsun notably apologized without admitting guilt, saying it “expresses regret if certain employees of Segen were conscripts four years ago, in the early part of the Bisha Mine’s construction phase.”
But for Human Rights Watch and other human rights campaigners, Nevsun’s position of ignorance is hard to believe.
“It defies belief that Nevsun did not know that a state contractor would be using national service labour,” said Felix Horne, senior researcher at Human Rights Watch.

Of course, slave labor-like conditions makes for cheap, obedient labor and low production costs…. But the immorality of such practices today is unacceptable. Unacceptable.