U.S. lawmakers pass Uyghur Forced Labor Prevention Act - FreedomUnited.org
This website uses cookies to improve your experience. We'll assume you're ok with this, but you can opt-out if you wish.Accept Read More
Skip to content
Back to Global News 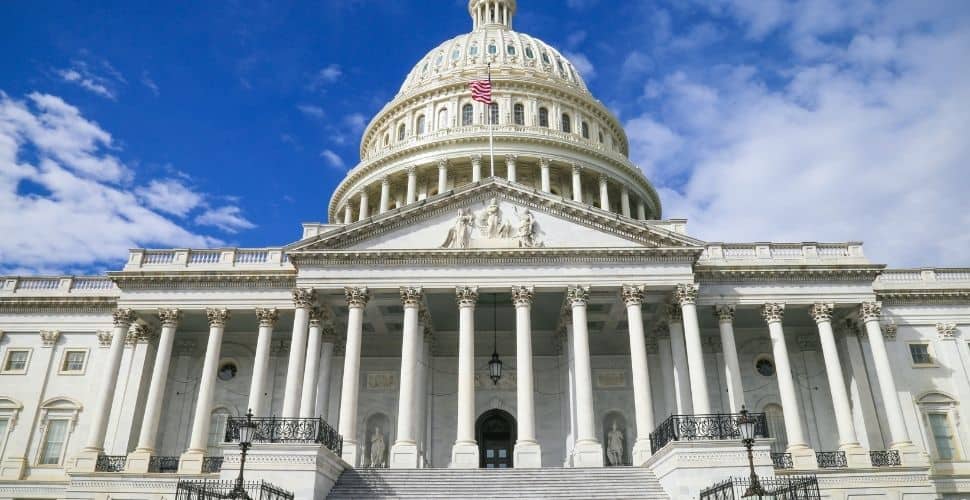 The U.S. is set to become the first country to ban the import of all goods made in the Xinjiang or Uyghur Region of China following the passage of a bill in both the House of Representatives and the Senate.

An expansion of existing restrictions

Following the petition submitted in 2020, urging the U.S. to ban Uyghur cotton, which Freedom United signed, the U.S. Customs and Border Protection issued a Withhold Release Order (WRO) detaining all imports to the U.S. containing cotton and cotton products made by the Xinjiang Production and Construction Corps (XPCC).

The Uyghur Forced Labor Labor Prevention Act (UFLPA) expands this restriction to encompass all goods made in the Uyghur Region based on the presumption that all such goods must be made with forced labor – unless evidence to the contrary can be produced. Further, the Act calls on the American President to impose sanctions on “any foreign person who ‘knowingly engages'” in forced labor involving minority Muslims.

The final countdown for major corporations

Since its introduction in 2020, the bill was lobbied against heavily by multinational companies that are tied to the Uyghur Region, including Nike and Apple. Both companies were linked to the region by the infamous report by the Australian Strategic Policy Institute (ASPI). While both have issued statements of commitment to “ethical” manufacturing or “zero tolerance for forced labor”, neither have taken sufficient measures to ensure their supply chains are free of Uyghur forced labor.

Once the Act is signed into law, the rebuttable presumption goes into effect in 180 days which means companies like Apple and Nike will be forced to make changes in their production lines.

“Many companies have already taken steps to clean up their supply chains. And, frankly, they should have no concerns about this law,” said Florida Senator Marco Rubio, after the bill passed the upper chamber of Congress.

“For those who have not done that, they’ll no longer be able to continue to make Americans – every one of us, frankly – unwitting accomplices in the atrocities, in the genocide.”

Speaking to the bill’s passage, Executive Director of Freedom United, Joanna Ewart-James stated that, “The passage of this legislation is a gigantic step forward in the fight to end forced labor in the Uyghur Region. And it is the most consequential piece of legislation Congress has passed in years to hold US corporations accountable for profiting from labor rights abuses abroad that I hope to see built upon.”

Freedom United has been campaigning for companies like Nike, Apple and others to cut ties with the Uyghur forced labor system which extends across China through labor transfer schemes.

There is something fundamentally wrong when democratically elected regimes allow trade with any country that has a record and proof of oppression and human right abuses. We as a democracy should be holding the flame and demonstrate that these regime activities will not be tolerated. It’s time to pull the plug, communism is known NOT to provide freedom of expression and able to live in a free society.

What is your direct evidence that there is forced labour in Xinjiang? And why do you believe that the USA’s politically motivated legislation will do more good than harm?

Hello, Robert. There is a lot of evidence of forced labor in Xinjiang. You can find some key reports cited here: https://www.freedomunited.org/advocate/free-uyghurs/ Experts argue that forced labor is now so widespread in the Uyghur Region that all goods produced there should be considered tainted. We support this legislation as it holds U.S. corporations accountable for profiting from labor rights abuses abroad.

Why do you ignore the plight of Christians in that region who are not only persecuted by their government but their own people also?

Hi Julian. Thanks for your comment. The majority of the people being persecuted in this region are Muslim, which is what this article makes reference to, but, as you say, a small minority of Uyghurs are Christian and are also facing oppression.

Since cotton has traditionally been grown and harvested in Xinjiang, and still is, how will you be able to tell the difference between cotton grown by allegedly forced labor, and cotton that is not? Does not this legislation punish and force into poverty ordinary cotton growers in China? It seems to me that this is another attempt to split China into fragments and provoke a cold war.

Hello, David. Thank you for your questions. Given the scale of forced labor and the current impossibility of truly independent auditing in the Xinjiang cotton sector, experts have argued that companies should presume the presence of human rights violations in the production of cotton and other materials in the region. For more information, including links to relevant research, please check our campaign: https://www.freedomunited.org/advocate/free-uyghurs/