US Customs investigates whether to block Ivory Coast cocoa imports - FreedomUnited.org
Skip to content
Back to Global News 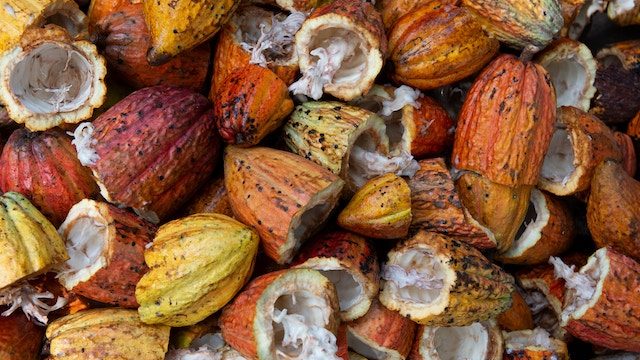 US Customs investigates whether to block Ivory Coast cocoa imports

A team from US Customs and Border Protection visited farming regions of Ivory Coast last week as part of their investigation into forced or child labor in the production of the country’s cocoa.

If they find enough evidence, it could mean the US starting to block cocoa imports.

The field investigation was prompted after two Senators sent a letter to US Customs, asking that cocoa imports from Ivory Coast be blocked from entering the country unless there was proof that they were not made using child labor.

“We urge you to take all necessary action to ensure that the U.S. is not complicit in indentured child labor in the cocoa sector,” said the letter from Sens. Sherrod Brown (D-Ohio) and Ron Wyden (D-Ore.).

“The last 20 years demonstrate that the travesty of forced child labor in the global supply chain cannot be solved by chocolate companies’ self-regulation.”

US Customs and Border Protection says it plans to take another trip to Ivory Coast later this year.

According to U.S. Labor Department research, a majority of the 2 million child laborers in the West African cocoa industry are living on their parents’ farms, doing the type of dangerous work — swinging machetes, carrying heavy loads, spraying pesticides — that international authorities consider the “worst forms of child labor.”

A smaller number, those trafficked from nearby countries, find themselves in the most dire situations.

When asked this spring, representatives of some of the biggest and best-known brands — Hershey, Mars and Nestlé — could not guarantee that any of their chocolates were produced without child labor.

“Forced labor is too ingrained in that country’s industry to attempt to single out specific cocoa farms or producers as bad actors,” the letter from Brown and Wyden said.

To block the Ivorian cocoa from reaching the United States, customs officials must have evidence that “reasonably but not conclusively indicates” that cocoa entering the United States from Ivory Coast is produced with “forced or indentured” child labor.

Ivory Coast has notably stepped up its efforts to tackle child labor in recent months following international scrutiny. In July, Ivory Coast signed an agreement with neighboring Burkina Faso to send back children from Burkina Faso who travel unaccompanied to work on cocoa farms in Ivory Coast and who are vulnerable to trafficking.

“We made the agreement to reinforce the fight against child exploitation and cross-border trafficking,” explained Ramata Bakayoko-Ly, Ivorian minister of family, women and children.

“We want to limit the number of children coming from Burkina Faso. It creates a mechanism for us to return them safely to their family.”

In addition to this, the government of Ivory Coast is putting pressure on multinational companies to pay a higher price for cocoa, which it says would tackle the root drivers of vulnerability to forced and child labor — poverty.