The children laboring in Malawi's fields for British American Tobacco - FreedomUnited.org
This website uses cookies to improve your experience. We'll assume you're ok with this, but you can opt-out if you wish.Accept Read More
Skip to content
Back to Global News 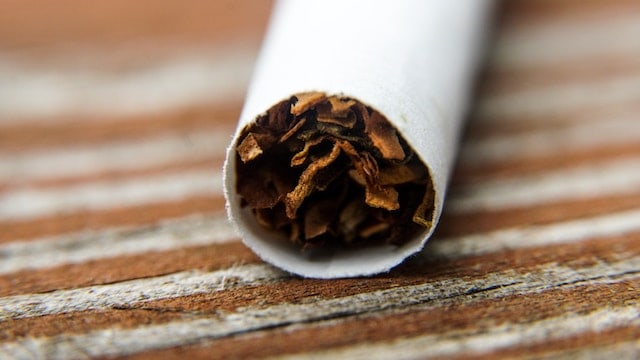 The children laboring in Malawi's fields for British American Tobacco

Life for children performing backbreaking work on Malawi’s tobacco farms is undoubtedly harsh: awake at 4AM, cutting into fields with a heavy hoe for hours with no breakfast.

School — if they even can go — is a brief break, but it’s not until they come home that they get their first and likely only meal of the day — maize porridge. Then it’s back to work, working tobacco fields that will ultimately be harvested for the benefit of British American Tobacco.

But now human rights lawyers from Leigh Day are filing a landmark case to challenge the company, claiming that British American Tobacco is getting rich while the children and their parents toil in poverty.

BAT says it tells farmers to not make their children work, but parents say they have no choice. The promise of an education as a path out of poverty is a distant dream: many farming families can’t afford even the small fees, exercise books, and uniforms required to attend school.

Augustine, the deputy head of the local primary school, is unusually frank. “Most of the farmers are not sending their children to school,” he says.

The attendance register plummets in February and March during harvest time, he says. But in the mornings, after school and at weekends the children are also in the fields.

The peak age of the children working the tobacco crops is between 13 and 17.

“Most of the time they are tired and hungry,” he says. “They don’t do well. They fail exams. It is difficult for them to catch up with their fellow pupils. They repeat classes.”

He explains he doesn’t want his children to work, but that they cannot manage without them. Three acres requires the labour of four adults. He and his wife Agnes, 30, are two. The maths isn’t hard: four of their five children are expected to help in the ways they can – Chisomo, 14, Malita, 11, Jonasi, nine, and Alinafe, seven. Only baby Gloria escapes – for now.

The World Health Organization has been openly critical of child labor in the tobacco industry.

“Tobacco growing, manufacture and distribution is simply incompatible with the wellbeing of a child,” said Dr Vera Luiza da Costa e Silva, head of Secretariat of the WHO’s Framework Convention on Tobacco Control.

“Not only do such practices hinder their ability to access education and develop in dignity, but they also expose them to what are known to be hazardous substances, such as pesticides used in tobacco crops and nicotine from tobacco leaves.”

Leigh Day lawyers are now on the ground in Malawi interviewing farmers as part of the claim. It’s here that another issue is raised by Suzeo, a contract farmer and local big estate owner — the low price paid for tobacco leaves.

He supports the tenants’ claim against BAT, but says what he can pay farmers depends on what price the leaves get at auction.

“Unless BAT increases the price, people will have more and more claims all the time. The only way for BAT to resolve it will be to increase the price,” he said.

“The children of the tenants. They are poor. They cannot assist their children. It is slavery,”