'They see us as slaves': Kenyan women head for the Gulf despite fears - FreedomUnited.org
This website uses cookies to improve your experience. We'll assume you're ok with this, but you can opt-out if you wish.Accept Read More
Skip to content
Back to Global News 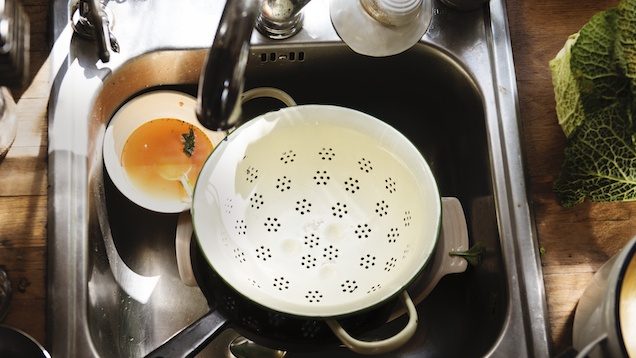 'They see us as slaves': Kenyan women head for the Gulf despite fears

In a busy recruitment agency in Nairobi, women line the halls in hope of securing a job as a domestic worker in the Gulf.

It doesn’t matter that the Gulf is notorious for labor trafficking of the 2.5 million domestic workers there, or that some of these women were previously exploited the first time they migrated to the Middle East for work — they believe this time will be different.

Pamela (not her real name) is among the applicants. “The first time I went, I went in an illegal, chaotic situation through brokers who did not prepare us for what lay ahead,” she said. “I am more confident this time. I believe all will be well.”

Her optimism stems from recent legal reforms that Kenya has recently put in place to try to make it safer for women to travel to the Gulf to work and find help if they are abused.

The Kenyan government has been grappling with how to allow women and the country’s economy to benefit from the huge demand for migrant domestic workers from countries such as Saudi Arabia and Qatar, while keeping those who want to travel for work safe.

This year it introduced measures to mitigate the risk of abuse.

Before, Kenyan recruitment agencies had no legal obligation to bring women facing abuse home. Under the new rules, if a Kenyan woman is abused, agencies must help them leave, with the cost of their rescue coming out of a 1.5m Kenyan shilling (£11,000) bond that the agent has to pay to operate.

The government has also negotiated an agreement with Saudi Arabia to enforce a minimum monthly wage of 40,000 Kenyan shillings (£300), as well as food and housing.

In recent months, newly registered recruitment agencies have been allowed to start sending domestic workers to the Middle East again.

Still, training centers for domestic workers and NGOs in Kenya worry that governments won’t hold up their ends of the deal. For one, the kafala system still remains in many Gulf countries — a sponsorship scheme that ties a migrant worker to their employer, meaning they cannot change jobs without permission of their employer. In cases where a domestic worker is trafficked or abused by their employer, this means they can be arrested or deported for running away.

Another challenge is that the Kenyan government’s new website with information on credible employment agencies is only available in English, despite the fact that many low-income Kenyans are more familiar with Kiswahili.

For Shani (not her real name), who migrated to Saudi Arabia to be a domestic worker, the core problem is how societies in the Gulf look down on Africans.

Shani was only allowed to sleep for two hours a night and after a year of abuse her employer’s son threw her down the stairs. It was breaking her leg — leaving her unable to work — that ultimately allowed her to come back to Kenya.

“The government may be well meaning, but I do not think it can change the attitude those people have towards domestic workers from Africa or Kenya,” she said.

“They view us as slaves.”

The correct name is “Persian Gulf”. If Arab states don’t like the real name, too bad! They cannot buy everything with their bloody oil money.

I have dealt with a situation just this year July, where a young girl was taken to Saudi and treated much like a slave. The Kenyan govn’t was not very helpful in dealing with the situation and we jumped agency to agency trying to get help. This girl escaped herself and we had to raise the funds to bring her back to Kenya. There needs to be a more active response from Kenyan govn’t. How do we know all aren’t working together to make a penny or two?