US Approved Thousands of Child Bride Visas - FreedomUnited.org
This website uses cookies to improve your experience. We'll assume you're ok with this, but you can opt-out if you wish.Accept Read More
Skip to content
Back to Global News 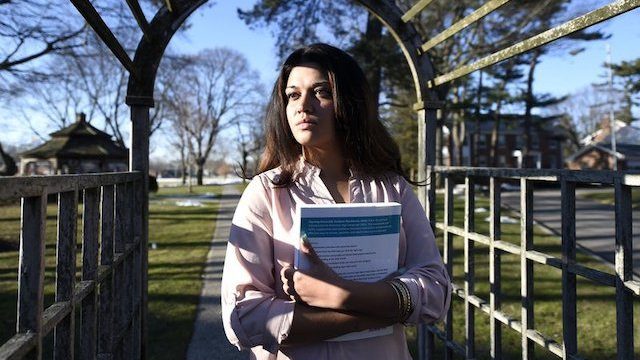 The United States government approved thousands of requests to bring child brides into the country over the past decade according to government data obtained by the Associated Press.

Alarmingly, all of this was legal, raising major concerns over girls being brought to the US for forced marriages.

The US Immigration and Nationality Act does not have minimum age requirements for the someone making the request or for their spouse or fiancee. Furthermore, U.S. Citizenship and Immigration Services (USCIS) assesses petitions on two factors: whether the marriage is legal in the spouse or fiancee’s home country and if the marriage would be legal in the state where the petitioner lives.

The data raises questions about whether the immigration system may be enabling forced marriage and about how U.S. laws may be compounding the problem despite efforts to limit child and forced marriage. Marriage between adults and minors is not uncommon in the U.S., and most states allow children to marry with some restrictions.

There were more than 5,000 cases of adults petitioning on behalf of minors and nearly 3,000 examples of minors seeking to bring in older spouses or fiances, according to the data requested by the Senate Homeland Security Committee in 2017 and compiled into a report. The approval is the first of a two-step visa process, and USCIS said it has taken steps to better flag and vet the petitions.

Some victims of forced marriage say the lure of a U.S. passport combined with lax U.S. marriage laws are partly fueling the petitions.

One victim, Naila Amin, who is now 29, said “My sunshine was snatched from my life.” A dual citizen who was born in Pakistan and grew up in New York, she was forced to marry at 13 in Pakistan.

Upon coming back to the US, her family made her apply for her 26-year-old husband’s immigration papers. She eventually ran away from home, with the ordeal costing her childhood.

“People die to come to America,” she said. “I was a passport to him. They all wanted him here, and that was the way to do it.”

State laws generally set the minimum marriage age at 18, though many allow 16 and 17-year-olds to marry if they have parental consent. Yet in cases of forced marriage, that parental consent factor can take the form of coercion, with victims being made to marry against their will.

A spokesman for USCIS, Michael Bars, said, “USCIS has taken steps to improve data integrity and has implemented a range of solutions that require the verification of a birthdate whenever a minor spouse or fiance is detected.”

“Ultimately, it is up to Congress to bring more certainty and legal clarity to this process for both petitioners and USCIS officers.”

Still, the fact that this legal loophole still exists means the problem of forced child marriages will persist.

“I was a child. I want to know: Why weren’t any red flags raised?” said Amin. “Whoever was processing this application, they don’t look at it? They don’t think?”

Is America as civilised as we are led to believe? Only 27 of 50 states have banned FGM/C, child marriage is still legal in half the states, and now we learn that forced marriage or a marriage of convenience is left undetected or prevented, human trafficking for sexual or labour abuse is rampant and guns rule the schools and streets. And this is the land of the free.

You cannot drink until you are 21, even with parental consent, but you can marry and sponsor a foreign spouse at 16? Crazy.

So, people who want to enter the US to work are denied because of where they come from but child brides are granted visas? What is wrong with this picture?

Typical US hypocrisy in these matters is no surprise considering the hypocritical attitudes directed at women in this country by men. On the surface , equality and fairness for women. Behind the scenes , doing everything to take away women’s right and subjugate them once again. Is it no surprise that US agencies do not investigate these types of Visas more thoroughly to make sure a CHILD is not forced into marriage in order to bring some adult male into the US.

With his history, I am not surprised that these immigrants are not a problem for him and other wealthy men.