Uniqlo Slammed by Indonesian Factory Workers - FreedomUnited.org
This website uses cookies to improve your experience. We'll assume you're ok with this, but you can opt-out if you wish.Accept Read More
Skip to content
Back to Global News 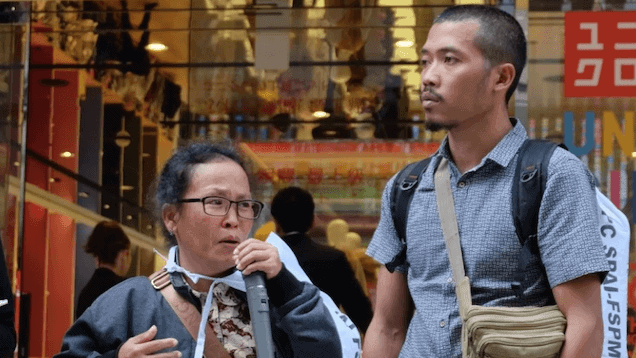 Warni Lena Napitupulu has never bought a Uniqlo product — she can’t afford to.

Yet she, along with 2,000 other Indonesian factory workers, slaved away at one of Uniqlo’s suppliers in Cikupa city, West Java, Indonesia, churning out countless garments for the Japanese clothing company.

The Indonesian supplier closed down after Uniqlo cut ties with the factory, citing quality issues and delivery delays. Still, workers say that Uniqlo is to blame for exploitative working conditions at the factory and that they are owed US$5.5 million in unpaid wages and severance payments.

Napitupulu, 46, said it was when Uniqlo orders started arriving at the factory, owned by Jaba Garmindo, in 2012 that her job took a turn for the worse.

“The normal working hours were from 7am to 4pm, but we often had to work overtime, sometimes until 10pm,” Napitupulu recalled. “If we worked overtime, we could only get 8,000 rupiah [US$0.50] in extra payment regardless of the number of additional hours we had worked.”

Napitupulu, who was accompanied on her Tokyo trip by another workers’ representative, Tedy Senadi Putra, 36, did not manage to meet a Uniqlo representative, but the company has suggested it will arrange a meeting in Jakarta next month, according to the non-governmental organisation, Clean Clothes Campaign (CCC), which is backing the workers.

While Uniqlo was not the workers’ employer, the CCC’s East Asia campaigner Johnson Yeung Ching-yin said the company was still responsible because its dealings with the factory had led to the workers being overstressed, and its decision to discontinue business with the factory led to its closure.

“Uniqlo didn’t fulfil its responsibility in protecting workers from union busting, illegal dismissals, and overtime work without pay. It had not taken necessary and simple steps to conduct due diligence before it stopped placing orders.”

Fast Retailing, Uniqlo’s parent company, has responded to the protests by emphasizing that Jaba Garmindo is legally responsible for the abuses and claiming that they tried to help workers find employment at a nearby factory.

Putra, who is in Tokyo with Napitupulu, says Uniqlo ignored them when they were “literally knocking on its front door.”

“We the workers had worked so hard for them to make profits. They have dumped us and ignored us for three years. We will continue with our fight.”