UN: Female Migrants Face Gang Rape in Libya - FreedomUnited.org
This website uses cookies to improve your experience. We'll assume you're ok with this, but you can opt-out if you wish.Accept Read More
Skip to content
Back to Global News 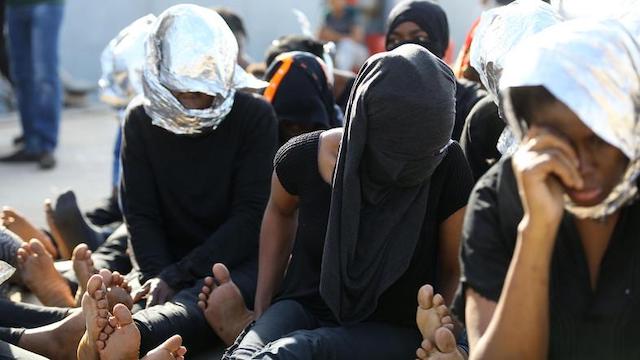 A new report from the Office of the High Commissioner for Human Rights (OHCHR) has found that the “overwhelming majority” of female migrants in Libya reported being gang raped by traffickers or witnessed abuses of other women.

The OHCHR said investigators pulled together 1,300 first-hand accounts detailing “a terrible litany of violations and abuses committed by a range of state officials, armed groups, smugglers and traffickers against migrants and refugees.”

“The UN staff visiting 11 detention centres [in Libya], where thousands of migrants and refugees are being held, documented torture, ill-treatment, forced labour, and rape by the guards, and reported that women are often held in facilities without female guards, exacerbating the risk of sexual abuse and exploitation,” said the OHCHR.

The African Union said in December there were an estimated 400,000 to 700,000 migrants in more than 40 detention camps across Libya, many in inhumane conditions.

“Many people are held in unofficial and illegal centres run directly by armed groups or criminal gangs. They are frequently sold from one criminal group to another and required to pay multiple ransoms,” OHCHR said.

The European Union, in a drive to deter African and Middle Eastern migrants in Libya from making it to Europe, is spending $200 million in Libya. These funds are reportedly being used to recruit and train the Libyan coast guard and equip them with communications, rescue equipment, boats, and vehicles.

“There is a local and international failure to handle this hidden human calamity that continues to take place in Libya,” said Ghassan Salame, special representative of the secretary-general and head of UN’s Support Mission in Libya.