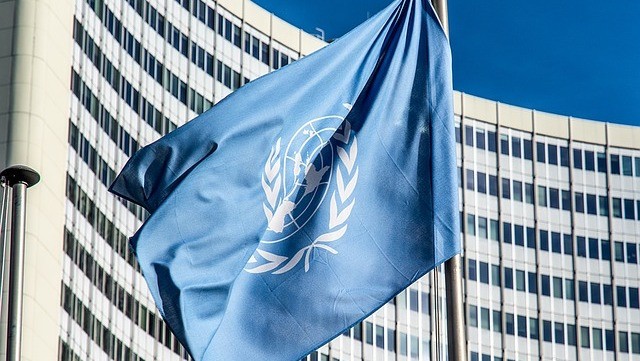 UN Calls for Libyan Migrant Detention Centers to be Shut

The United Nations is calling for all migrant detention centers in Libya to be shut down following last week’s airstrike on one center that killed more than 50 refugees and migrants.

Around 120 migrants were at the Tajoura Detention Centre when it was hit on July 3, killing both women and children. A UN official said the attack could constitute a war crime.

The UN says that these “awful” detention centers are not safe for migrants, many of whom are African refugees who were caught by the Libyan Coast Guard in the Mediterranean Sea and locked up. These detention facilities have been linked to documented cases of human trafficking, forced labor, and disappearances.

The UN refugee agency said the centres should be dismantled immediately, and their detainees freed into their surrounding communities. The agency said it is ready to help support them there.

The UN has been critical of European policies that favour returning to Libya migrants who are rescued at sea, stating that the country isn’t safe for them.

The UN-backed government, led by Prime Minister Fayez al-Sarraj, accused the self-styled Libyan National Army (LNA) of carrying out an air strike on the centre.

The LNA said it had attacked a pro-government camp near the centre and pro-government forces had fired shells in response, hitting the migrant centre by accident.

Separately, in response to the airstrike Amnesty International, Human Rights Watch, and the European Council on Refugees and Exiles put out a call for the EU to help evacuate migrants from Libya’s detention centers.

They are urging European Union foreign ministers meeting at the Foreign Affairs Council in Brussels on Monday July 15 to call on Libyan authorities to shut the facilities.

“The horrific attack on the Tajoura detention centre last week has once more showed the mortal danger that women, men and children locked up in Libya are exposed to,” explained Matteo de Bellis, a researcher on migration and asylum at Amnesty International.

“Rather than keeping their eyes closed in the face of the inhuman conditions, torture, rape and other abuse refugees and migrants face in Libya’s detention centres, EU governments should urgently set up safe routes out of Libya for them, and ensure that people rescued in the central Mediterranean are not returned to Libya.”

To paraphrase an idea I read a long time ago ,” We are already in the Garden. All we have to do is remember who we are.” And I add what have we done with the garden (our planet) we have been given? We have forgotten we are all children of the same creation and the exquisite beauty in in the differences among us that should be a source of rejoicing. Yet we destroy and dishonor those we do not protect and in the process forget what we were born to be. and destroy our own humanity.

Mr “UN” it seems you forget a lot of migrant detention center, by exemple, those in USA, in Syria, Turkey and elsewhere. It’s obvious these detention facilities must be closed, but what do you do with people? Maybe open another centers, or leave them without protection?
instead of crying and spread a lot of “excellent advice”, Why not to oblige state to receive and protect migrants?
I know this question has no response because UN is the sum of states which don’t want to receive these migrants.

I think this is terrifying! Bad enough that people are locked up for what I consider is nothing…..this felony is then compounded by bombing them! This must stop immediately.