Sen. Kamala Harris Introduces National Domestic Workers Bill of Rights -
This website uses cookies to improve your experience. We'll assume you're ok with this, but you can opt-out if you wish.Accept Read More
Skip to content
Back to Global News 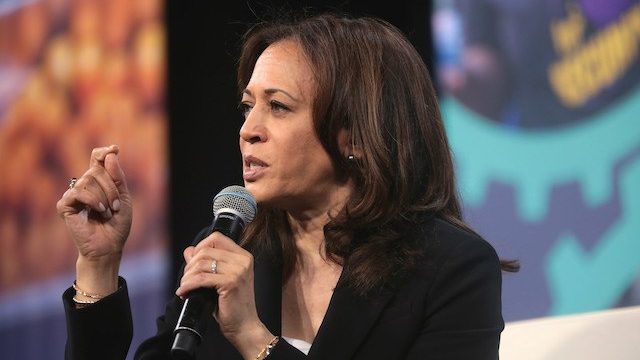 Domestic workers in the US don’t have basic labor rights. They don’t get overtime pay and aren’t entitled to a minimum wage. But Senator Kamala Harris, Representative Pramila Jayapal, and the National Domestic Workers Alliance want all that to change.

“It’s time we changed the way we value domestic work in America. Today I’m introducing the first ever National Domestic Workers Bill of Rights to guarantee domestic workers across our country the dignity, benefits, and legal protections they deserve,” tweeted Harris on Monday.

Before getting Congress to support basic labor protections, domestic workers first had to educate lawmakers about that fact that they don’t have any. Their exclusion from US labor laws helps explain why a quarter of domestic workers live in poverty, with a median hourly wage of $11.43 an hour — one of the lowest in the US.

The new law would guarantee a minimum wage and overtime pay, as well as basic protections against racial and gender discrimination. It would also address issues that make domestic work so precarious. For example, it would require employers to give live-in nannies and housekeepers at least a month’s notice before terminating them, so they don’t end up homeless. The bill would also require employers to pay workers for shifts canceled at the last minute.

“[Domestic workers] provide essential care and support to aging parents, people with disabilities, children, and homes,” Harris said in a statement announcing the bill. “However, our nation’s domestic workers have not been afforded the same rights and benefits as nearly every other worker, and it’s time we change that.”

It’s worth pointing out that Congress intentionally excluded domestic workers from federal labor protections in the past.

When Congress first passed federal labor protections back in the 1930s it excluded two groups: domestic workers and farm workers. Farmworkers and domestic workers — who are overwhelmingly black and Latino — were left out as a concession to Southern lawmakers from states that wanted to continue paying low wages to “personal servants.”

In the 1970s Congress added domestic workers to the Fair Labor Standards Act, but excluded live-in housekeepers and nannies. Farmworkers are still excluded from this law.

As Harris, Jayapal, and National Domestic Workers Alliance director Ai-Jen Poo wrote, “Passing this Bill of Rights will demonstrate that domestic work is not only work, but work that is critical to our economy and society.”

“We must extend protections to those who have been silenced and overlooked for decades.”