UK Modern Slavery Act: Putting Saviors Before the Saved? - FreedomUnited.org
This website uses cookies to improve your experience. We'll assume you're ok with this, but you can opt-out if you wish.Accept Read More
Skip to content
Back to Global News 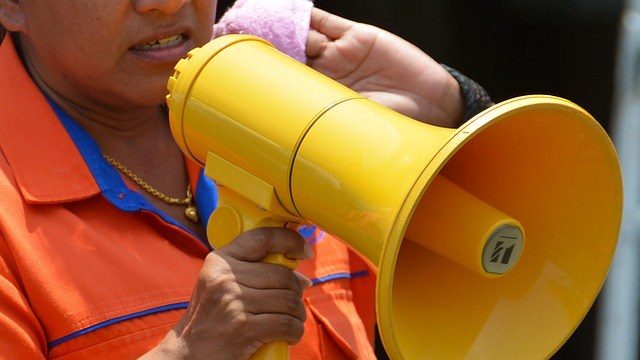 This past week the UK Modern Slavery Act turned four years old. Yet while the government has spent upwards of £100 million to tackle the problem according to the UK National Audit Office, very little of this money has been spent engaging with vulnerable workers and survivors of modern slavery to listen to and incorporate their views.

Writing in Open Democracy, Caroline Robinson from Focus on Labour Exploitation (FLEX) explores the question of “Whose reality counts?” in the context of evaluating the government’s response to modern slavery.

“As the UK response to ‘modern slavery’ comes under intense scrutiny, and as parliamentarians, government agencies and experts ask why so little has been achieved, it has never been more important to flip the model on its head and put the voices and views of workers first,” she writes.

The question of whose reality counts is not one to be taken lightly, or to be easily solved. All of us in this sector, myself included, are guilty of drawing on our last encounter with a trafficked person or our last conversation with someone who has faced severe labour abuse in forming our positions and arguments.

The challenge to the modern slavery agenda is clear. Firstly policy makers must be persuaded to invite those most affected by ‘modern slavery’ responses into decision making spaces.

Secondly, those of us who occupy such spaces must reflect on our own position in establishing or reinforcing hierarchies of power.

If there is one ‘silver bullet’ in the ‘modern slavery’ space to which I can subscribe, it’s this: the fight against labour abuse and exploitation will only be won once workers are heard.

Robinson notes that the UK government has consistently resisted listening to workers who are in sectors that put them at risk of trafficking, including carers, construction workers, fishers, cleaners, couriers, and the outsourced and gig economy workers.

For one, she points to the failure of the government to assess its “offense for illegal working” policy and its impact on undocumented victims of human trafficking.

Caroline Nokes, the minister of state for immigration, admitted this month that they have not looked into this.

This means “the Home Office has not spoken to a single undocumented worker about the effect of the policy, despite the threat it poses to the success of its ‘modern slavery’ strategy,” says Robinson.

We all know that where there is no genuine WILL there is no WAY which will follow. You are right. The abused must be permitted to speak and committees must listen and act. So much government money is lost in gestures and set ups. Actions speak loudest. Our nation has been guilty of many types of theft and slavery. Still is.