UK Locks Up, Denies Medical Care to Trafficked Chinese Women - FreedomUnited.org
This website uses cookies to improve your experience. We'll assume you're ok with this, but you can opt-out if you wish.Accept Read More
Skip to content
Back to Global News 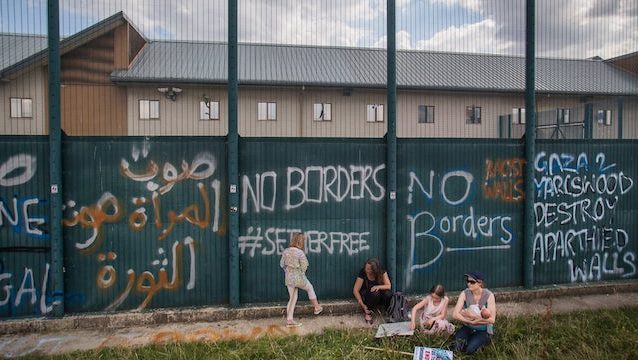 A large number of trafficked Chinese women have been detained by the UK and are under the threat of deportation, denied interpreters and not given access to medical care.

Campaigners and lawyers explained that many of them were picked up during immigration raids on restaurants, brothels and massage parlors.

Women for Refugee Women, who help women held in detention in Yarl’s Wood immigration removal center, said they had spoken to more than 20 Chinese women detained in the last five months.

“These women are extremely vulnerable and many have survived terrible violence and are still in fear of their traffickers,” said Natasha Walter, director of Women for Refugee Women.

“The Home Office is clearly failing to follow its own policies regarding victims of trafficking and gender-based violence by locking up these women for long periods and trying to deport them, without proper mental or physical healthcare or decent legal advice.”

Many of the women do not disclose that they are victims of trafficking until quite late, said Shalini Patel, a public law solicitor at Duncan Lewis, who has worked on several such cases.

She said that late disclosure was a recognised symptom of trafficking, adding that the Home Office’s own policy recognises that victims of trafficking may disclose late due to trauma, an inability to express themselves clearly and a mistrust of authority. “Yet they are refusing trafficking claims on the basis of late disclosure,” she said.

“What’s happening with these cases is that even if these women are picked up in brothels, restaurants, and massage parlours, where, clearly, police and immigration enforcement should be concerned that they may be victims of trafficking, they’re just not being referred to the national referral mechanism (NRM).

And, in the rare cases that they are referred to the NRM, they receive a negative reasonable grounds decision. There are also long delays in providing decisions.”

Sarah Cope, the campaign and research officer for Women for Refugee Women, said she has never seen anything like this.

“I’ve never heard women with such horrific stories. I’ve never seen women in such bad state of health both physically and mentally. It’s completely above and beyond anything I’ve ever seen before,” she said.

She explained that many of these women were in debt in China and tricked into thinking that they would get jobs in the UK by their traffickers. Upon arriving in the country, some of them were sold to brothels and forced to have sex.

Despite evidence of their mistreatment in detention, a spokesperson for the Home Office said that any person detained by immigration authorities can request to be referred to the national referral mechanism.

“Their claim to be a victim of trafficking is then considered by a trained specialist. All detainees in immigration removal centres are made aware of their right to legal representation and how they can obtain such representation, within 24 hours of their arrival at an IRC,” said the spokesperson.

This is unacceptable, be the victims forced into the sex trade or a nail bar these people ( for that is what they are)) deserve fair and impartial treatment from my government, we are not a third world dictatorship we are supposedly a civilised compassionate country that defends the weak, abused, and the downtrodden.