The Mothers of Vietnam's Kidnapped Brides - FreedomUnited.org
This website uses cookies to improve your experience. We'll assume you're ok with this, but you can opt-out if you wish.Accept Read More
Skip to content
Back to Global News 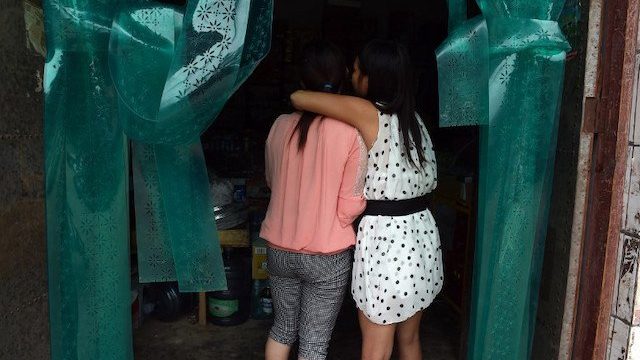 The Mothers of Vietnam's Kidnapped Brides

Vu Thi Dinh spent weeks searching the Vietnam border with China, desperately asking strangers if they had seen her daughter, who disappeared with her best friend.

Clutching a photo of the two girls, Dua and Di, Vu Thi Dinh fears that her daughter was kidnapped and sold along one of the world’s most notorious bride trafficking routes.

“I wish she would just call home to say she is safe, to say ‘please don’t worry about me, I’m gone but I’m safe,'” said Dinh, bursting into tears.

“I warned her not to get on the backs of motorbikes or meet strange men at the market,” she says from her mud-floored home where she expectantly keeps a closet full of her daughter’s clothes.

Most people in this part of Vietnam have a story about bride trafficking.

High-school students talk of kidnapped cousins. Husbands recall wives who disappeared in the night. And mothers, like Dinh, fear they may never see their daughters again.

The victims come from poor communities and are tricked by boyfriends and sold, kidnapped against their will or move across the border by choice for marriage or the promise of work.

Like many of the missing, Dua and Di are from the Hmong ethnic minority, one of the country’s poorest and most marginalised groups.

Di’s mother, Ly Thi My, says her worst fear is that her teenage daughter is now a child bride or has been forced to work in brothels in China.

Bride trafficking from Vietnam to China has become increasingly common as China grapples with the problem of having 33 million more men than women.

The border between the two countries is mountainous and rugged, making it difficult to monitor according to Trieu Phi Cuong, an officer with Meo Vac’s criminal investigations unit. Many times victims don’t even know they’re crossed into China.

Vietnam registered some 3,000 human trafficking cases between 2012 and 2017, but according to NGO Plan International, the true number is likely far higher.

It’s a horrible world that my forefathers fought for, modern mankind is not a nice species.