U.K. knowingly sourcing gloves from Malaysian company accused of modern slavery - FreedomUnited.org
This website uses cookies to improve your experience. We'll assume you're ok with this, but you can opt-out if you wish.Accept Read More
Skip to content
Back to Global News 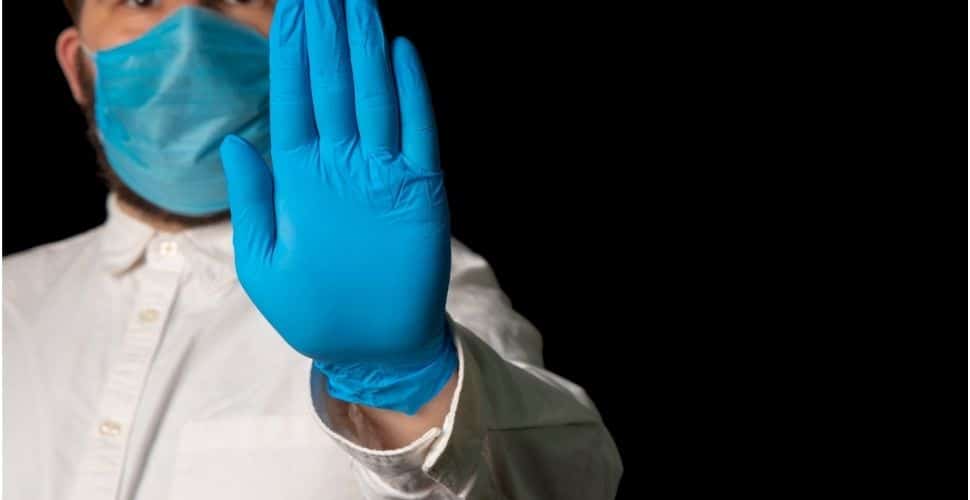 The Independent reports that U.K. frontline workers in at least one South England public hospital have been given medical gloves made by the Malaysian company Brightway Holdings, accused of subjecting its workers to conditions of modern slavery.

The company is currently under investigation by the Malaysian department of labor and is facing 30 charges and a fine for failure to comply with local housing standards for workers. Seeing photographs from a raid of the firm’s worker accommodation, the Malaysian Minister of Human Resources, S. Saravanan, is reported to have said, “This looks like modern slavery.”

Migrant workers, largely from Bangladesh and Nepal, are vulnerable to factories such as Brightway’s whose overseers employ tactics such as withholding pay or passports and saddling migrants with high recruitment fees to trap them in debt bondage.

According to the Independent, since the news of the investigation broke out, several countries are considering banning Brightway products.

An uproar ensued about the U.K. government ignoring their own reporting of forced labor risks. The pandemic and concurrent panic, disorganization and miscommunication were the excuses for last year’s purchases of tainted goods.

“It seems poignant to note that as we fight a global pandemic, migrant workers on the other side of the world are being exploited in order for us to be protected here, despite the government’s intention to produce more PPE in the U.K.”

Following the backlash, pledges were made to tackle modern slavery with “powerful new measures.” But months later, in light of the fact that this latest order, made by the U.K. Department of Health and Social Care, seems to have been placed in November 2020 and delivered either that December or January 2021, this sort of talk seems just that – talk.

In 2020, the U.K. announced that public bodies with a budget of £36m or more must report on their supply chains to confirm that they are not implicated in modern slavery. But advocates point out that there are no standards set out by which the public and private sectors’ methods of assessment are evaluated. Thus far, the U.K.’s overall anti-slavery framework, including the Modern Slavery Act 2015, is lacking.

NHS surgeon and co-founder of the Medical Fair and Ethical Trade Group at the British Medical Association, Mahmood Bhutta, shouldn’t have to wonder,

“When will these companies be held to account? When can I put on gloves at work without feeling I am complicit in human suffering?”

Join the Freedom United campaign calling for laws to hold the private and public sectors accountable for forced labor in their supply chains.