Have Qatar labor reforms helped migrant workers? - FreedomUnited.org
This website uses cookies to improve your experience. We'll assume you're ok with this, but you can opt-out if you wish.Accept Read More
Skip to content
Back to Global News 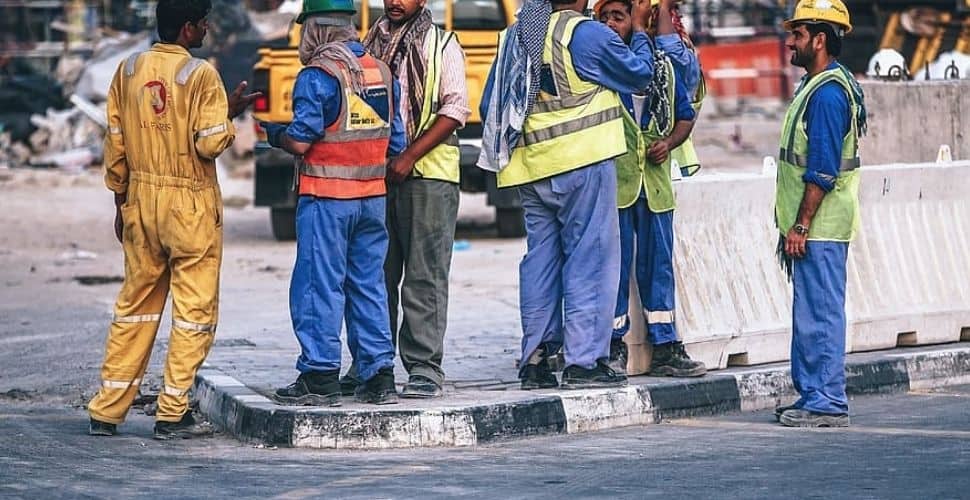 Qatar, which has a 90% migrant workforce, has been under public scrutiny for its treatment of migrant workers since receiving the award to host the 2022 World Cup.

Incidents of migrant worker mistreatment and labor exploitation are not uncommon in the country. Typical abuses include heavy financial burdens falling to workers for essentially employer costs, such as visa fees or resident permits, or withholding workers’ passports and salaries.

Furthermore, the kafala or sponsorship system, binds employees to their employers, requiring workers to get the approval of their employers (a “no-objection certificate” or NOC) to leave their jobs. Similar sponsorship systems are present in other countries around the world and create vulnerability to forced labor by actively disempowering workers and enabling employers to exploit them.

Last August, Qatar introduced two new laws to reform the kafala system. One law removes the need for employer approval to change jobs and the other increases the minimum wage by 25% to 1,000 riyals ($275) a month.

Regarding ongoing complaints of worker exploitation, they say it’s only natural that implementation may take some time, echoing the sentiment of the Qatari government:

“Changing companies’ behaviour is not something that happens overnight but we are taking necessary measures to send a clear message that illegal activity will not be tolerated.”

However, Migrant-Rights.Org finds reason to temper the celebration:

“The announcement [six months ago] was received with great hope but unfortunately it has not been implemented well and is far from being a success,” said Vani Saraswathi, director of projects at Migrant-Rights.Org.

Numerous workers have spoken to Al Jazeera about delays as well as continued abuse including deportation and imprisonment, resulting in many abandoning their attempts to legally leave their jobs.

One woman who worked for a cleaning company for almost three years shared her struggle to leave the company soon after the law was changed.

A week after she submitted her paperwork, her sponsor filed a runaway report against her. She ended up having to visit the Criminal Investigation Department offices and attend court before she eventually managed to register successfully with a new sponsor.

She told Al Jazeera that she was “one of the very few lucky ones” and that some of her friends had to leave Qatar because their sponsors cancelled their visas after they tried to change jobs even though they had been working seven days a week, up to 15 hours a day and hadn’t been paid for months.

While the continued challenges facing migrant workers may be due, as has been suggested, by a lack of manpower to tackle the volume of cases since the reforms have been made, somehow the requisite labor has been secured to meet the approaching World Cup deadline.

If workers’ rights were prioritized as highly as the 2022 game, maybe six months on from labor reforms migrant workers wouldn’t still be at risk of deportation or imprisonment for trying to leave their jobs.

Freedom United and over 90,000 supporters who have signed our petition are calling on the Qatari Minister of Labor to deliver on promised critical reform to end the kafala system and better protect migrant workers from forced labor.

Legislation is not enough. Qatar must effectively implement the new laws and commit to ending the forced labor of migrant workers.

Take action today and sign the petition calling for an end to forced labor and exploitation in Qatar.