U.S. Threatens to Cut Aid to Pakistan over Human Trafficking - FreedomUnited.org
This website uses cookies to improve your experience. We'll assume you're ok with this, but you can opt-out if you wish.Accept Read More
Skip to content
Back to Global News 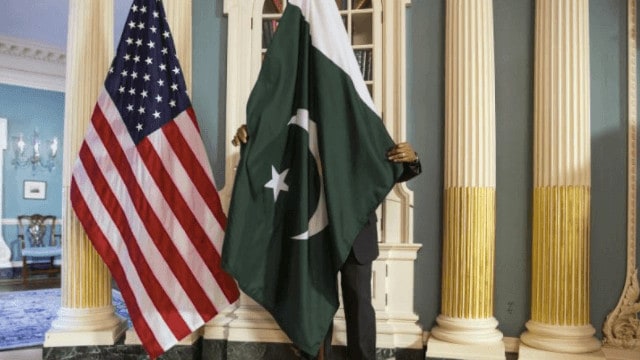 U.S. Threatens to Cut Aid to Pakistan over Human Trafficking

The United States is warning Pakistan that it could cut aid to the country — tens of millions of dollars — if it finds that the South Asian nation hasn’t done enough to combat human trafficking. In 2017, a total of $265 million was given to Pakistan for civilian aid, and a large portion of it this year may now be in jeopardy.

The threat is tied to the annual Trafficking in Persons report to be published by the US State Department in June. Pakistan has been on the Tier 2 “Watch List — the second to worst ranking — for the past four years. Yet if the United States downgrades Pakistan to Tier 3, it could trigger Washington to suspend civilian aid unless Donald Trump issues a full or partial waiver.

Trump has often criticized Pakistan for not doing enough to combat insurgents, though some observers are concerned that the TIP report is being used as a political tool to pressure Islamabad on fighting extremism rather than human trafficking.

A senior Trump administration official said no decision on the ranking has been made, but that Pakistan, long an uneasy U.S. ally, has been told it can avoid a lower ranking – and a possible aid cut – only “if we see them making sincere efforts to address the problems that have been raised.”

The U.S. official, speaking on condition of anonymity, denied any link between Pakistan’s cooperation with Trump’s strategy to force the Afghan Taliban into peace talks and the possible loss of U.S. civilian assistance, stressing that any TIP decision would be based solely on Islamabad’s human trafficking record.

Pakistani officials dismissed the impact of a loss of U.S. civilian aid, most of which flows through non-governmental organizations, on the country’s growing economy of nearly $300 billion.

Pakistan has admittedly struggled to eradicate bonded labor, especially in brick kilns that are rife with dangerous child labor.

Regardless, Pakistani officials expressed concern that Trump wants international bodies to punish Pakistan for not heeding Trump’s South Asia security agenda. They say they are particularly concerned that the United States could use its vote in the International Monetary Fund (IMF) — to which the US is the largest contributor — to oppose new loans to the country.