Two Tier System of Employment - FreedomUnited.org
Skip to content
Back to Global News 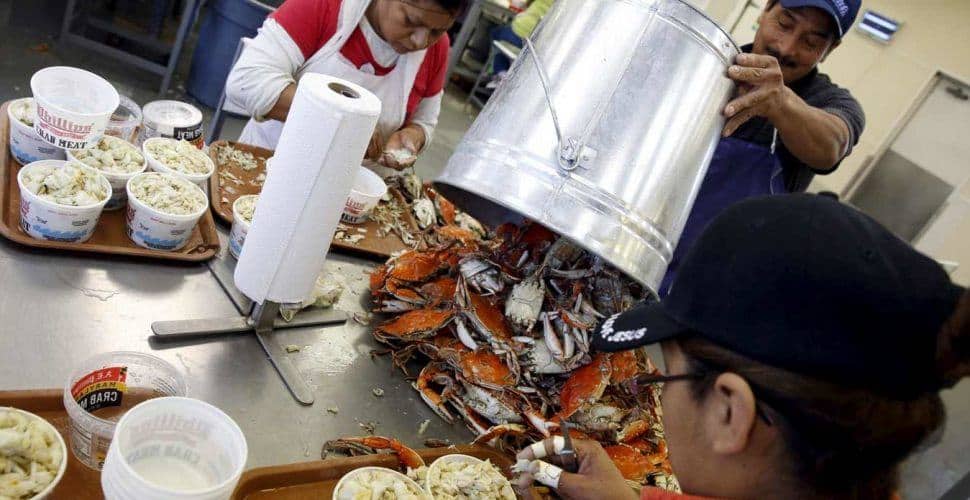 The Economic Policy Institute (EPI) says that the US guestworker labor force provides jobs on the cheap, offering less in wages and virtually nothing in terms of labor rights or benefits. The analysis of ten years of data for those on H-2B visas indicate that such visas allow employers to hire workers at an hourly wage rate of $2.59 – $3.37–much lower than the national average in most cases.

According to this article…

Within the wage gaps (mostly in sectors paying under $15 an hour), economic security erodes. Although the premise of the H-2B program is to supplement sectors suffering a labor shortage with migrant labor, data and media reports reveal that employers routinely circumvent mandates to seek local hires first and seek the migrant recruitment industry to exploit visa loopholes. The system has become so ingrained in the production cycle that the local workforce, advocates say, is eclipsed by waves of migrant “perma-temps.”

Under President Obama’s two terms, there have been labor scandals regarding guestworker programs and have prompted reform actions regarding this two tier system, in agriculture and industrial sectors (under two related visas, H-2A and H-2B respectively.  Advocates say that temporary  migrants, many from Latin America, the Caribbean or Asia, are exploited into bad jobs while their bosses pocket the “savings.”

This sort of inequality will not go away on its own, especially when workers are hired by fly-by-night agencies who bring them by contract into brand-name firms.  The workers, of course, have no control over their working conditions.

In a recent civil suit by a group of Jamaican workers, the Kiawah Golf Resorts in South Carolina was charged with systematic wage theft.  There had been travel costs and other fees charged to the workers, who were in some cases underpaid by $2.20 per hour.

UNITE HERE is a workers’ union for hospitality employees. Their representative, Clete Kiley, says, “there’s no negotiation for these workers and…they end up coming to the US and end up in indentured servitude, rather than having a job which provides them enough to send money back home…that’s their whole motivation for coming here. And without strong oversight, if somebody in Jamaica says…you’ll make 40 hours a week, and then they get here and they only work for 20 hours a week, where do they get to say that that contract was violated?… Where are the inspectors, where are the legal protections for folks who come in?”

To read this entire article about this two tier system, click on the link below.