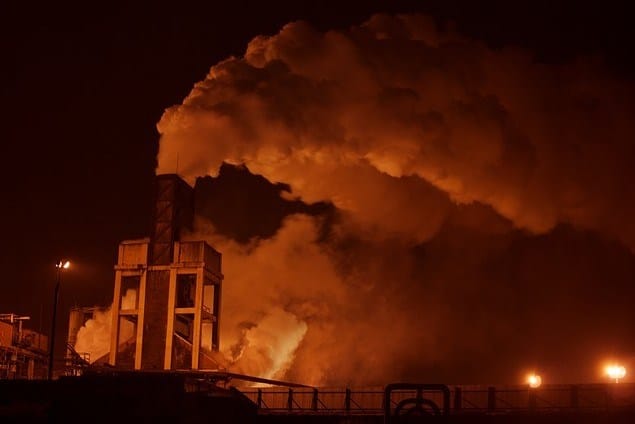 Losing American Manufacturing is a growing concern. In the first ten years of this century, the US lost 56,190 factories.  That’s 15 a day…

In early February, United Technologies told its Indiana employees–dedicated workers who kept the corporation profitable– that it was shipping their factories, jobs, community resources to Mexico. Some workers screamed obscenities at the officials; others walked out.  A few actually wept as they wondered how they would pay their mortgages.

Later that same week, 1,336 workers at Cardone in Philadelphia, found out that company planned to throw them out too and build brake calipers in Mexico instead.

A short time later, Dematic did the same thing to 300 workers in Grand Rapids, Michigan.

Republican presidential candidates talk incessantly of building a physical wall to keep impoverished Mexican immigrants out of America. What they fail to offer is an economic barrier to prevent the likes of United Technologies and Cardone and Dematic from impoverishing American workers by exporting their jobs to Mexico.  The president of Carrier, owned by United Technologies, gathered the Indianapolis factory employees, skilled workers who earn an average of $20 an hour, and informed them that the corporation planned to kick them to the curb but expected them to perform to the highest standards until Carrier opened a new plant in Monterrey, Mexico, where workers will be paid $3 an hour.

United Technologies was making a good profit at its Indianapolis and Huntington factories, but not as good as it could make by paying Mexican workers such a low wage.  It would be “extremely difficult” for United Technologies to abandon Indiana after the corporation grabbed $530,000 from the pockets of hard-working Hoosiers over the past nine years as the state’s economic development agency forked over taxpayer cash to the corporation.

While Mexico permits wages at $3-an-hour, America demands at least $7.25.  This is one of the main reasons we are losing American manufacturing.

The North American Free Trade Agreement (NAFTA) ensnared Mexican and American workers in a race to the bottom. And the proposed Trans-Pacific Partnership (TPP), a free trade deal among 12 countries instead of just three, would place American and Mexican workers in an even worse competition. They’d vie for jobs with forced and child labor in places like Brunei, Malaysia and Vietnam. Under NAFTA, cheap American grain shipped to Mexico without tariffs destroyed peasant farming. And that prompted migration north. Meanwhile, American factories saw desperate Mexicans willing to work for a pittance, a government unwilling to pass or enforce environmental laws, and because of NAFTA, no tariffs when the goods were shipped back to the United States. That propelled factory migration south.

Read the entire article about losing American manufacturing by clicking on the link below.