Unreported Sex Trafficking in America - FreedomUnited.org
This website uses cookies to improve your experience. We'll assume you're ok with this, but you can opt-out if you wish.Accept Read More
Skip to content
Back to Global News 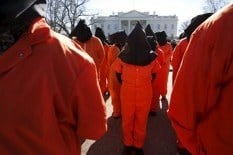 It has become a concern regarding how to identify sex-trafficking victims when so many of those cases go undetected or unreported?

Detective Bill Woolf with the Northern Virginia Human Trafficking Task Force knows this challenge firsthand.  After interviewing over 300 victims in his job, he says, “They fear law enforcement…because they’re technically committing a crime and that is prostitution.”

The Department of Homeland Security defines human trafficking as a “modern-day form of slavery involving the illegal trade of people for exploitation or commercial gain.” In 2012, the International Labor Organization estimated that there are 20.9 million human trafficking victims worldwide. According to the United Nations Office on Drugs and Crime, sexual exploitation is the most common form ahead of forced labor. Numbers released by the National Human Trafficking Resource Center suggest that also holds true in the U.S., where more than 4,000 cases of sex trafficking were reported. And as a whole human trafficking is a lucrative industry that around the globe rakes in $150 billion.

Monique Villa, the CEO of the Thomson Reuters Foundation, who works to combat human trafficking says. “The problem with human trafficking is that of course the victims are silenced.  We don’t have good data about it. You don’t know how many slaves there are around the world.”

Traffickers tell their victims that they are the offenders, breaking the law.  They threaten to report them to the police. So in the end, victims are frightened of police and won’t report their pimps.

It is a cycle. Women can be pulled in to commercial sex through gangs or pimps—the former function as delivery services, taking women to houses in the area they control, while the latter focus on hotels and street level prostitution.  Woolf adds, “In gang-controlled situations, it’s usually going to be that the girl is from the area. When it’s a pimp … it’ll probably be girls from all over the place.”

To read the entire article about unreported trafficking, click on the link below.