Forced Marriage? This Girl said NO. - FreedomUnited.org
This website uses cookies to improve your experience. We'll assume you're ok with this, but you can opt-out if you wish.Accept Read More
Skip to content
Back to Global News 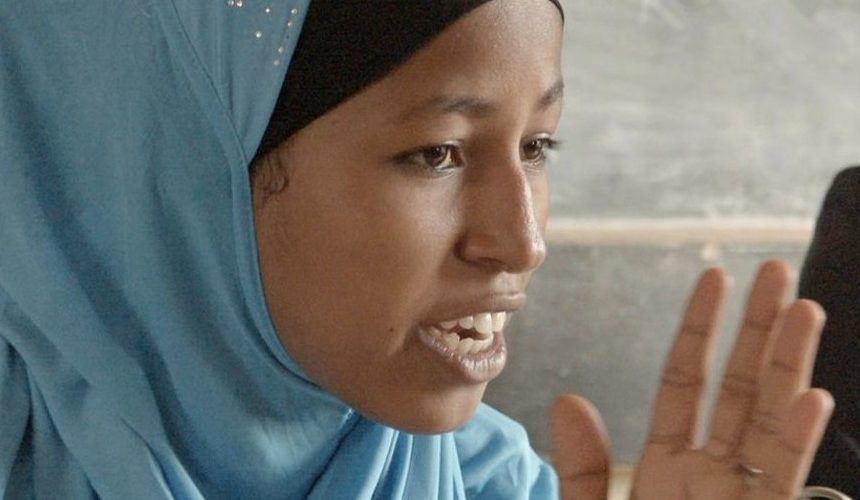 Forced Marriage? This Girl said NO.

Forced marriage?  This article is about one girl from Niger who refused by taking her family to court…

Balkissa’s dream was to become a doctor.  She was bright and diligent student, but one day when she was 12, she learned she had been promised to be a bride of her cousin.  He decision was to fight for her rights.  And she fought by taking her parents to court. “I came from school at around 18:00, and Mum called me. She pointed to a group of visitors and said of one of them, ‘He is the one who will marry you.’ I thought she was joking. And she told me, ‘Go unbraid, and wash your hair.’ That is when I realised she was serious. When I was little, I was dreaming of becoming a doctor. Take care of people, wear the white coat. Help people,” she says.

Her soon to be husband was her cousin.  He came to her home with his father. “They said if you marry him you won’t be able to study any more. For me my passion is studying. I really like to study. That’s when I realised that my relationship with him wouldn’t work well.”

Niger’s poverty is one reason it has the highest rate of child marriage in the world for forced marriage.

Monique Clesca with the United Nations Population Fund explained the reasoning behind this sort of family decision: “The dynamic works in this way: I have lots of children, and if I can marry off one child that is one child less that I have to feed.”

Because Balkissa’s parents had five daughters, it made sense to marry her off.  Another reason is that it reduces the chance of pregnancy out of wedlock.  “Nowadays some children are not well brought up,” says Balkissa’s mother. “If they are not married off at an early age, they can bring shame to the family.”

The young girl kept working hard in school, often getting up a 3am to study, but the arranged marriage was a distraction.

When the bride price, suitcases and a wedding outfit arrived, she was 16.  She was about to get her diploma.

“I felt pain inside of me, it really broke my heart, because I see that I am fighting to fulfil myself, and these people will be an obstacle to my evolution. I told myself that I can try to pull myself together, see how I can escape this situation.”

To read Balkissa’s full story about forced marriage, click the link below.