Two Months in India. Stories of Hope (PART 2) - FreedomUnited.org
Skip to content
Back to Global News 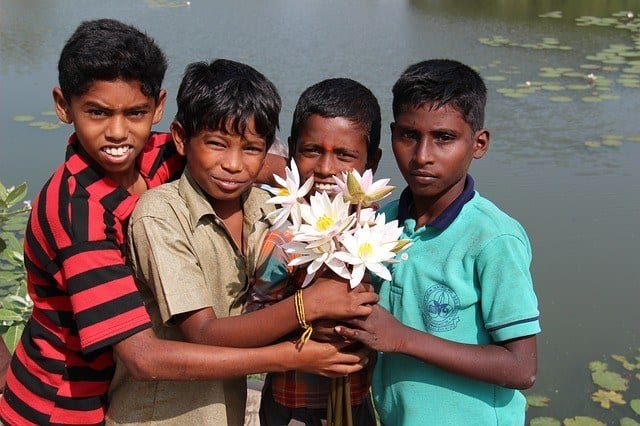 During a two-month trip to India a couple years ago, I was able to volunteer with some remarkable projects.  I lived for two weeks at a convent and taught at a school that primarily educated Untouchable children.  The Catholic sisters had committed their lives toward this purpose.  I was inspired by their dedication and hard work.  I could not help but wonder what the futures of these children would look like. Even with a good education, the stigma of being an Untouchable would be nearly impossible to overcome.

Later in my trip, I stayed for a while at a faith-based, on-site project that houses, protects, educates, and encourages formerly trafficked girls and women.  Again, I was inspired by the success stories of those who worked endlessly to change lives.  The director told me that once these women begin to develop the slightest bit of self-confidence and learn that they have rights that are protected by law, they become much more bold and determined and capable of advocating for themselves.  She told of one 13-year-old girl who was sold into slavery by her older brother.  Her father had died, so the project director notified the girl’s mother, asking her to come and sign permission papers so her daughter could remain at the Center to receive counseling and education.  The mother arrived with the girl’s older brother who insisted that his mother refuse to sign. The mother was giving in to her son’s control.  Finally, the young girl rose to her feet, walked to her mother, and began shouting:  You have never protected me.  You let my brother and his friends rape me again and again.  You let him sell me to the agents who took me away and forced me to have sex all day so that they could become rich.  I will NOT go back to our village. I will NOT!  The mother immediately signed the papers so that her daughter could stay. The girl is now a motivated student who encourages others young women who come into the Center.

Such stories gave me hope and moved me to learn more about modern day slavery.  I began asking myself how I might use my gifts to assist in the abolitionist movement. Martin Luther King once said that our lives begin and end the moment we become silent about things that matter.  The lives of 29,000,000 victims matter!

I am convinced that each of us can become an abolitionist simply by supporting and getting involved in anti-trafficking efforts.  Pope Francis recently made a statement:  It is not possible to remain indifferent before the knowledge that human beings are being bought and sold like human goods.  If you are interested in learning more about how you can help stop modern day slavery, visit END CROWD’s website by clicking here…