Two Months in India. A Personal Experience (PART 1) - FreedomUnited.org
This website uses cookies to improve your experience. We'll assume you're ok with this, but you can opt-out if you wish.Accept Read More
Skip to content
Back to Global News 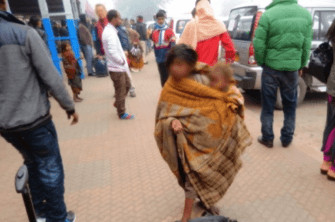 A two-month trip to India

A long soulful trip to India had been on my wish list for many years, but I had intentionally put it off…and for a good reason.  I was told many times to give this remarkable sub-continent the time and planning it deserved.  So a couple of years ago when the timing seemed perfect, I set off on a two-month trek that would allow me ample time for both sight-seeing and volunteering in one of the world’s most multi-dimensional countries.  Indeed, India is marked by both extreme poverty and wealth; deep spirituality and dark malevolence; ancient temples and expansive bazaars, the snow-covered Himalayas and arid deserts; remote and isolated villages and massive mega-centers.

Off the beaten path and ready to expect the unexpected

As usual, I planned a low-end excursion—my absolutely favorite way to travel—that would allow me an up-close and personal experience.  I would stay in hostels and bunkhouses and travel on second-class transportation. I had been warned by those who knew the country well that I must prepare my senses for overload!

I would for the most part traversed India solo and avoid most pre-planned tours.  And as usual, I arranged to visit and volunteer at places that were off-the-beaten-path—like the Jain bird hospital, the dancing bear refuge, the International Toilet Museum, Mother Teresa’s Kolkata projects, and a large high school where I would live and teach for a spell.  I also planned a home-stay with a family of workers on one of the largest Darjeeling tea farms on earth, and I traveled into the Himalayan Mountains to ride the famous Toy Train. I would spend a day in Mumbai’s Dharavi neighborhood, the largest slum in Asia, and take a two-night safari in Sasan Gir National Park to see the only Asiatic Tiger refuge left in the world.  One week was set aside to explore the villages of the Kutch region of Gujarat where many pastoral groups—referred to as tribals—maintain generations-old craft traditions and where the women are known for their robust body arts of tattoos on the face, neck and arms, as well as multiple body piercings.  I planned to give myself many opportunities to see and experience some of India’s rich culture up close and personal.

I thought I was well-prepared for the sights and sounds and tastes and emotions of India; I was ready to expect the unexpected.

However, there was one element of that trip that blindsided me.  I knew that India had issues with human trafficking, but I did not expect to see it right out in the open, around every corner, and directly in my face!  In spite of a mighty billboard campaign in most major cities that let the public know that trafficking is illegal, I was startled by the blatant display of slavery, especially situations involving children.

I witnessed young vendors, some just toddlers, lining the streets in large cities in the blazing heat with heavy baskets of goods or wooden flats of bricks.  In the villages, boys and girls relentlessly enticed me to buy toys and jewelry that they had hand-crafted themselves.

There were child beggars, no more than six-years-old, in every major train, bus, and ferry terminal.  And many of them were holding babies that their families had rented for the day in order to tug more mightily at the hearts of anyone with some spare change in their pockets.

My heart was broken during a particular ferry ride when a mother brought her small daughter aboard and insisted that she dance up and down the aisles, playing a drum for tips.  The mother pressed the child to perform again and again, until the frail girl began to cry as she danced.

I was instructed by one NGO that I should not encourage hugs or allow the children to sit in my lap while working with them, because the street kids had been trained to use such opportunities as a means of soliciting sex from tourists.

Most of these children I witnessed were Dalits, also known as Untouchables.  I was told that although it is difficult to establish exact statistics, it is estimated that perhaps half of the world’s human slavery victims are in India and the majority of those are Dalits.