Tuna giant Thai Union Turning a Corner? - FreedomUnited.org
This website uses cookies to improve your experience. We'll assume you're ok with this, but you can opt-out if you wish.Accept Read More
Skip to content
Back to Global News 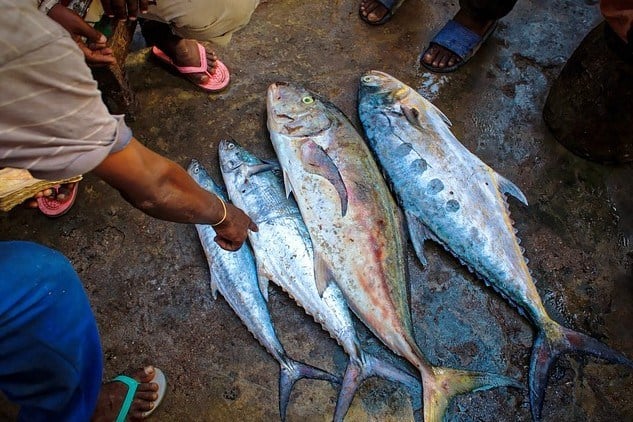 Thai Union Group PCL is the largest tuna company in the world.  It announced on Thursday that it would do away with recruitment fees in order to prevent workers from going into debt to employment brokers…

In Asia, many of the migrant workers pay brokers and agencies fees in order to get a job abroad, meaning they begin their employment deep in debt.  Also, they may not get their first pay for up to six months or even a year, because their income goes toward paying those brokers.  Situations like this lead to trafficking and exploitation.

The “zero recruitment fees” policy of Thai Union – with brands such as Chicken of the Sea, John West and Petit Navire – takes effect immediately for future recruitment of all workers in its factories and processing plants – most of them from Thailand, Myanmar and Cambodia, the company said in a statement.

At a Trust Forum Asia which is a slavery and trafficking conference in Singapore, Darian McBain, Thai Union’s director of development said, “That’s something that Thai Union sees as essential to make sure that workers aren’t in debt bondage before they start work.” That forum is hosted by Reuters.

Regarding slavery in supply chains, she added, “We’ll cover the costs of all the agency fees, so that people aren’t burdened with the debt that they can sometimes build up on the way to coming to employment in Thailand.”

Many activists hope this effort will encourage other companies to do follow suit.

Activist Andy Hall said, “100 percent of the costs of recruitment is falling on workers. This is completely unacceptable. Companies should be paying to recruit workers, or at least they should be taking a very fair share of the burden. It’s the main issue leading to human trafficking, debt bondage and slavery these days.” The Thai Union “has realised that it’s their responsibility to ensure that their recruitment supply chain – to get the workers into the factory – is clean.”