Translating UN Promises into Real Action - FreedomUnited.org
This website uses cookies to improve your experience. We'll assume you're ok with this, but you can opt-out if you wish.Accept Read More
Skip to content
Back to Global News 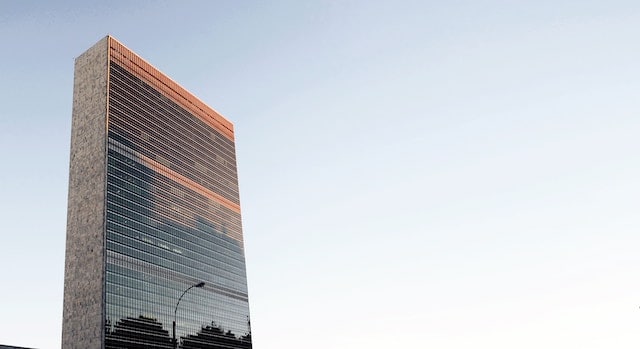 Leaders from around the world are gathering in New York this week for the UN General Assembly meeting.

The world’s greatest social and political problems will be discussed, but as Mike Adamson from the British Red Cross Society argues, modern slavery needs to be one of the issues at the top of the agenda.

Within the past year, 68 countries have backed the UN’s Call to Action, an international pledge to end forced labour, modern slavery, and human trafficking by 2030. Now is prime time to take stock of the progress made and ensure that promises are translating into real action.

In an op-ed for Thomson Reuters Foundation, Adamson writes that much more needs to be done to help trafficking survivors:

Each day we see people who are too afraid to report what they have been through for fear of deportation, and forced to go without any kind of physical or emotional support to help them cope with the enormous trauma they have faced. This needs to change.

Trafficked people should never be criminalised, and should first and foremost be recognised as survivors, and provided with the support and protection they need to recover, regardless of their migration status.

It is crucial that this includes psychological support and access to justice and safe reporting without fear of detention, deportation or penalty.

We would like to see the UK government grant leave to remain of at least 12 months to people who have been trafficked – this, and other forms of humanitarian protection, could help to reduce the risk of re-trafficking, which we know is a particular issue facing women, children and young adults.

Adamson adds that the UK needs to address the root causes of trafficking and that the British Red Cross would like to see the country provide more legal options for finding refuge in the UK.

For example, they would like see a widening of rules on family reunions so that a child refugee living in the UK would be able to sponsor their parents to join them.

In doing so, Adamson says family members would be less vulnerable to undertaking dangerous migration routes that put them at risk of trafficking.