Trafficking Victim Duc Nguyen Saved from Forced Deportation - FreedomUnited.org
This website uses cookies to improve your experience. We'll assume you're ok with this, but you can opt-out if you wish.Accept Read More
Skip to content
Back to Global News 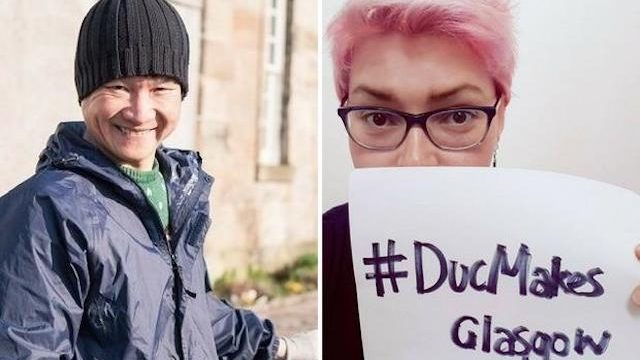 Survivor of human trafficking Duc Nguyen has been saved at the last minute from forced deportation to Vietnam.

Nguyen had been trafficked to the UK, where he was forced to work on a cannabis farm by a drug gang. He was later identified as a victim of modern slavery by the UK Home Office, but it came to light this week that the government was planning to deport him to Vietnam within a matter of days.

Members of the public and Glasgow Greens councillor Kim Long rallied to prevent his deportation, uniting behind the #DucMakesGlasgow campaign spearheaded by Long and backed by Green co-convener Patrick Harvie.

Thousands of people signed a petition calling for a halt to his forced removal, and some even asked Qatar Airways to refuse to fly him.

The National reports that Nguyen feared his traffickers would track him down and kill him in Vietnam:

Duc’s asylum application was denied and he was taken into immigration detention before having the chance to meet with his MP, Labour’s Paul Sweeney.

As eleventh hour appeals were made yesterday, the Home Office said it does not routinely comment on individual cases.

The removal order was made despite official acknowledgement that there were reasonable grounds to conclude that Duc, whose forced labour on a UK cannabis farm resulted in a prison sentence, had been trafficked.

The return flight was scheduled to leave Heathrow yesterday, but Nguyen was not forced to leave the UK.

The churchgoer, who is in his 40s and converted to Christianity in prison, had expressed fear for his life if taken back to Vietnam.

The threat was said to come from the drugs gang that brought him to the UK.

Nguyen is still being held in an immigration detention center, and supporters have launched a crowdfunding site to help pay for his legal costs.

Councillor Long broke the news to Nguyen’s supporters yesterday, saying that they “made sure Duc knew that he was not alone.” However, she cautioned that despite his deportation being put on hold, “there’s a long fight ahead still.”

On Long’s Twitter she thanked everyone who came out to support Nguyen. “We made an amazing thing happen this week. You are all marvellous. For final FINAL words, over to Duc, who says, ‘I just want to say thank you to everyone.'”

Good on You Scotland. Keep it up.😀

This shows the power of good people, those who regard each other as equal!
More power to all of the protesters!!

He’s only one of many.. what do you think is going to happen to all those children that were separated from their family’s from Mexico, they were born in the USA, but their parents were immigrates, illegal aliens. They never applied for citizenship, even though they have been here 10 years +..the dreamers we call them, but we all know what’s going to be come of them.

Just because one is born in the USA should not be allowed to claim themselves to be a US citizen as very, very few countries permit this to happen. Under this should be that if you are born in US, you are a citizen of whatever country your parents are citizens of. No more anchor babies!.

Padre Casa does not hold children with US Citizenship:
“most are teenagers who entered the United States alone, dozens of others — often younger — were forcibly separated from their parents at the border by a new Trump administration “zero tolerance” policy.” –
https://www.washingtonpost.com/local/inside-casa-padre-the-converted-walmart-where-the-us-is-holding-nearly-1500-immigrant-children/2018/06/14/0cd65ce4-6eba-11e8-bd50-b80389a4e569_story.html?utm_term=.fa7201815d34

I can only Dream that AMERICANS AND THE WORLD had not believed the LIES that the LEFT MADE IN THE NEWS BACK in ’68-’74 which would have saved THE VIETNAMESE PEOPLE FROM A LIFE TIME OF HELL!!! I was lucky enough to visit my Vietnam Brothers and Sisters last Feb. and saw what the WORLD left in 1975 when the WORLD left the Vietnamese to fend for themselves! I will continue to fight all I can for them!!! AMERICAN COMBAT VETERAN!

He should be deported. They could track him down in the U.K. as well