Trafficking Taking a Toll in Indonesian Fishery Wars - FreedomUnited.org
This website uses cookies to improve your experience. We'll assume you're ok with this, but you can opt-out if you wish.Accept Read More
Skip to content
Back to Global News 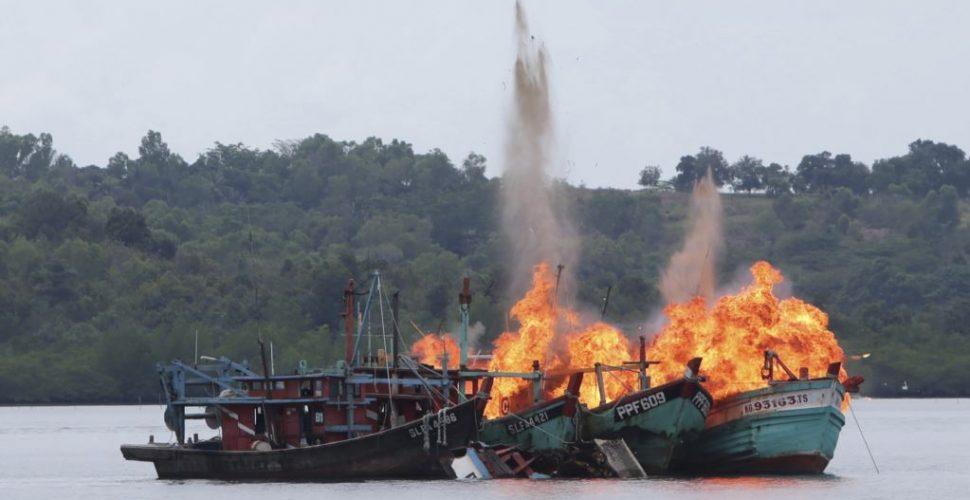 Indonesia is moving to secure its fisheries under President Joko Widodo, an extension of the resource nationalism that has touched nearly every industry, from mining to palm oil, in the island nation.

But it’s not just about natural resources; it’s about trafficking and labor abuse too.

Because the fishing industry in Southeast Asia is lightly regulated, exact numbers of victims are hard to come by. But there are signs that it is huge.

A single 2016 investigation by the Associated Press discovered 4,000 fishermen, from Myanmar, Cambodia and Thailand, who were being trafficked in Indonesia’s Maluku islands. A different investigation, also from 2016, by the International Organization for Migration, spoke to more than 1,100 trafficking victims in Indonesia.

Paul Dillon, from IOM, said, “The men labor under conditions more reminiscent of the 11th century than the 21st. They are beaten with gaffs and stingray tails, starved and deprived of sleep, and close to 80 percent of those we interviewed said they worked more than 16 hours every day. The vessels themselves [where human trafficking occurs] are engaged in illegal, unreported and unregulated fishing. Many are simply vacuuming the seas and destabilizing fish stocks, which is putting legitimate enterprises out of business and ruining coastal economies that support tens of millions of ordinary Indonesians.”

The Minister estimated there are “approximately 250,000 Indonesian crews on foreign vessels operating across continents that remain unprotected.”