Traffickers are taking advantage of Ukrainians’ desperation
This website uses cookies to improve your experience. We'll assume you're ok with this, but you can opt-out if you wish.Accept Read More
Skip to content
Back to Global News 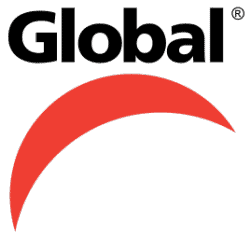 While walking the streets alone one night, Masha Sakhno was approached by two men: “Where are you from? I can help you with home, with house. You can come with me,” they said.

She had fled the Russian invasion of Ukraine and was in Germany, planning her next steps. The offer, although seemingly innocent, left her feeling uncomfortable.

As over six million Ukrainians flee their country, more than 90% of whom are women and children, reports are flooding in of trafficking, exploitation and sexual abuse in neighboring countries. Global News explores the risks Ukrainian refugees are facing as they look for safety.

In the context of any humanitarian crisis, the risk of modern slavery skyrockets among the affected populations. The prevalence of sexual exploitation, organ trafficking, domestic servitude, forced marriage and labor exploitation shoots up.

This increased risk is currently manifesting itself among Ukrainian women and children fleeing the Russian invasion. Desperate to find shelter, safety and financial support, refugees are more vulnerable to the deception of traffickers posing as concerned citizens.

When somebody is a refugee, first of all, they are at the mercy of really anybody that will help them. Often they have left their home, if they even had a home, to leave with no papers, no documents, no money, the clothes on their back, none of their possessions. This is a life-or-death situation. And you are just hoping the best of humanity will come forward and help you. […] Anybody that offers some help to them can seem like a safe haven but unfortunately, a lot of the people that start off as being friendly and start off as being the ones that seem to be offering the most help are actually traffickers or people involved in criminal networks.

Migration and asylum policies affecting displaced people can both reduce and exacerbate their vulnerability to modern slavery. A person’s migration status will influence their access to financial support and services from the government. Without entitlement to the same support as other residents, displaced people are more likely to feel forced to accept traffickers’ offers of employment or support.

Canada has committed to welcoming an unlimited number of Ukrainian refugees. However, the government is not granting refugee status to Ukrainians. Instead, the Canada-Ukraine authorization for emergency travel (CUAET) program is offering free, extended visas which enable Ukrainians to work and study in the country until they can return home.

The problem with this program is that it does not automatically grant access to the government support usually offered to refugees, such as help to find suitable accommodation, financial assistance, and the approval of sponsors.

As a result, many refugees are left to assess themselves whether or not volunteer hosts are safe. Although some non-governmental platforms designed to support Ukrainians looking for hosts take steps to screen applicants, many others leave this burden to those looking for help.

After a treacherous journey which took three months, Masha Sakhno is now living in rural Ontario, Canada, and feeling relieved. However, governments around the world must take steps to ensure that their asylum and migration policies are creating resilience rather than vulnerability to trafficking among displaced people like her.

Sign the petition calling for safe migration for all.