Ukraine: fears traffickers exploiting unaccompanied children - FreedomUnited.org
This website uses cookies to improve your experience. We'll assume you're ok with this, but you can opt-out if you wish.Accept Read More
Skip to content
Back to Global News 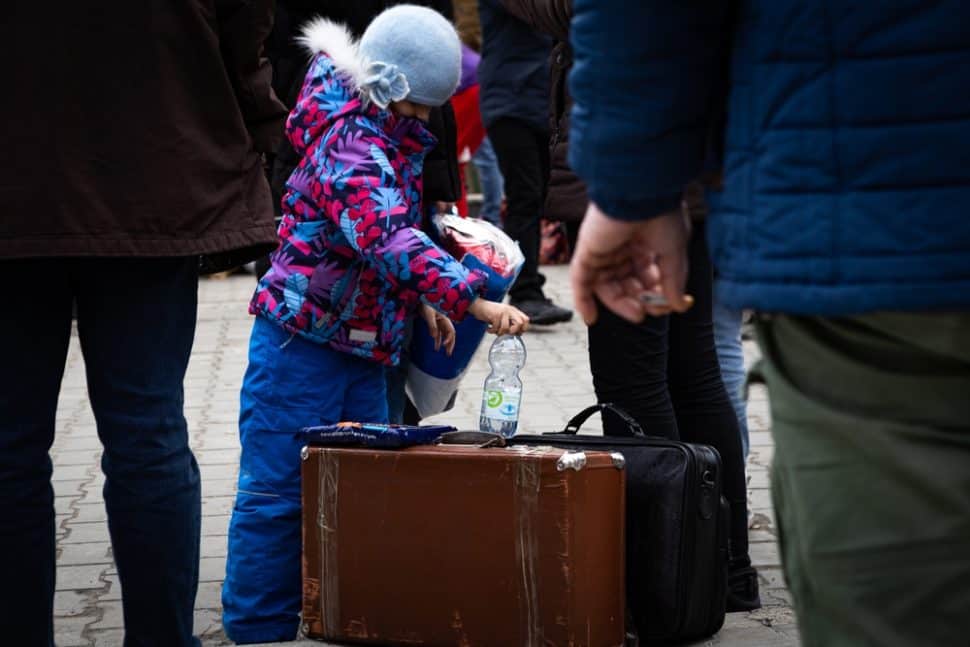 In a desperate bid to escape from war, children from across Ukraine are being sent to cross borders, without their parents or their legal guardians. What happened to these children? Authorities are reporting that 5,000 are unaccounted for, fearing some may have been trafficked.

A team working on the Ukraine-Poland border has seen how easy it is for traffickers to find victims.

The BBC spoke to Martin Kvernbekk, who works for a charity supporting refugees, reporting:

He has heard about children going missing from a number of different sources, and reports of people smugglers wearing reflective vests and pretending to belong to organisations helping the relief effort.

“The gangs are very advanced – it’s big, well-financed networks that do this for a living. They’re good at this in peace time,” he says. “Now it’s a war, it’s chaos, and they’re exploiting the fact there is disorder to be able to snatch more kids and women.”

A million children are estimated to be living in conflict zones within Ukraine and around 200,000 children in Ukraine are looked after by the state in orphanages and foster homes. These children are made vulnerable by their circumstances and traffickers are ready to exploit that vulnerability.

The EU Commissioner for Home Affairs, Ylva Johansson, voiced concerns this week. “We also have some reports of criminals taking orphans from orphanages in Ukraine, crossing the border pretending that they are relatives to the child and then using them for trafficking purposes,” she said.

Without a system in place to record or check information, it is not possible to know what has happened to the missing children or how many may have been trafficked.

Systems are now improving and safety protocols are being put in place. The BBC reports that the Ukrainian authorities are working with NGOs to process displaced children and move them to safe areas within the country.

All charities need to start calling out the end user, men, of this vile human rights abuse. This is targeted abuse and its about time charities started challenging the men that pay for these children to be available for rape. Tired of seeing charities colluding with the rape trade

This is terrible news – kidnapping unaccompanied children, when parents believe they’ll be well looked after. What organizations are helping? Red Cross?

The is is horrible! Maybe they should try and set up some sort of system or persons to gather the children so this doesn’t happen! I know everyone is trying to survive, but you must look out for the children! The government should have something put in place!

As if the situation wasn’t dire and horrible enough…I hope they will rapidly create a corridor of safety for the children. Praying for peace !!! All over the world.