Traffickers Tortured Rohingya Buried in Malaysia's Mass Graves - FreedomUnited.org
This website uses cookies to improve your experience. We'll assume you're ok with this, but you can opt-out if you wish.Accept Read More
Skip to content
Back to Global News 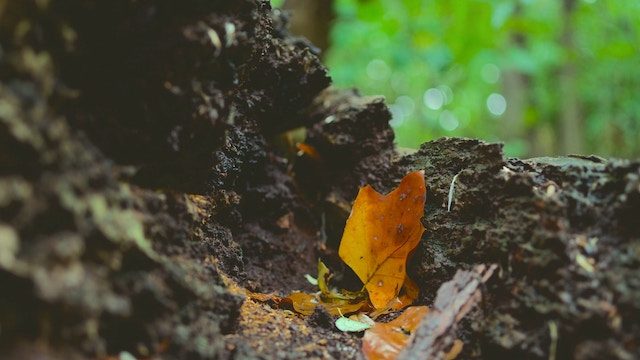 A new report from the Human Rights Commission of Malaysia (SUHAKAM) and Fortify Rights is making a stunning claim: crimes against humanity were committed against 139 trafficked Rohingya and Bangladeshi men, women, and children who were found in mass graves in Malaysia near the border with Thailand.

In the report, “Sold Like Fish,” the organizations say that they found “reasonable grounds” that traffickers tortured their victims from 2012 to 2015. The mass graves were discovered by Malaysian authorities nearly four years ago in Wang Kelian, but officials destroyed the site — potentially eliminating evidence that could have helped a police investigation.

While Thailand convicted 62 defendants, including nine Thai government officials, for crimes tied to trafficking Rohingya and Bangladeshis to Malaysia, Malaysia has not done the same.

“In contrast, since 2015, Malaysian courts convicted only four foreign persons of trafficking-related offences connected to the mass graves discovered in Wang Kelian,” the groups’ report said.

According to SUHAKAM Commissioner Jerald Joseph, Malaysian police did not “pursue further” investigations as it requires the extradition of “several” people from Thailand.

“Malaysian police could not move forward as they need seven people in Thailand to be extradited … that was the answer they [police] gave us the last two years,” Joseph told a press conference in Malaysia’s capital, Kuala Lumpur, adding that he did not know who those seven people were.

Asked whether any Malaysians would be prosecuted in the near future, Joseph said: “I think the day has to arrive, it is around the corner.”

“There is no way death camps on Malaysian soil can happen without local connivance or cooperation by some individuals or some officer of the network,” said Joseph.

The report documents how traffickers piled hundreds of thousands of Rohingya refugees onto fishing vessels. At sea, they were deprived of food, water, and in some cases raped or tortured. Many Rohingya committed suicide during the journey.

Traffickers then held their victims captive in remote camps along the Thailand-Malaysia border, demanding $2000 for their release.

Earlier this year, Malaysia announced that it would set up a Royal Commission of Inquiry (RCI) to probe the Wang Kelian tragedy. The move has been welcomed by human rights groups as a “step in the right direction.”

What a horrible world we live in, this is what happens when mankind loses its empathy for its fellow man, the animal in all of us surfaces and depravity takes over. I am glad I only have a short time left.

I totally agree with you Paulette I’m 68 & wouldn’t want to be a young person trying to make sense of the cruelty of mankind I can see it getting worse not better sigh.

Dear Coreen I think we have seen the best decades, yes there has been wars some like Rwanda where cruelty was the by word, and the Vietnam war was not mankind’s finest hour but the violence committed under the flag of religious fervour has seen cruelty dive to new depths of depravity.

I agree that we only have a brief time left—life is but a lightning-strike in duration. I disagree that “animal in all of us surfaces and depravity takes over” in a majority of cases—90% of human beings are good. I’m shocked by this story; I don’t know if I can forget it ever. But a thousand people fed the poor too! Like when acquaintances post photos of a luxury resort in Bali, my mind instantly goes to “The Act of Killing” or who else died during Vietnam War. https://youtu.be/LLQxVy7R9qo

Since the concentration camps of the Boar Wars it has been an open season on civilians, with each battle since then the cruelty has been ratcheted up, in an attempt to outdo the beastiality of the previous war,

Dear Shawn the animals that are murdering thousands in Yemen, the animals that are killing thousands still in Syria, Afghanistan, Pakistan, Libya, Mali, Nigeria, the cruelty of daesh against the Yazidis, Christians, and other minorities, the Rohingya in Myanmar, the rape and murder epidemic in India,, the Vietnam wars by America and France, WW1 and 2, the Korean War, the Spanish civil war, the wars of colonial Britain, France, Portugal and Spain, the list is endless, now it’s just murder.