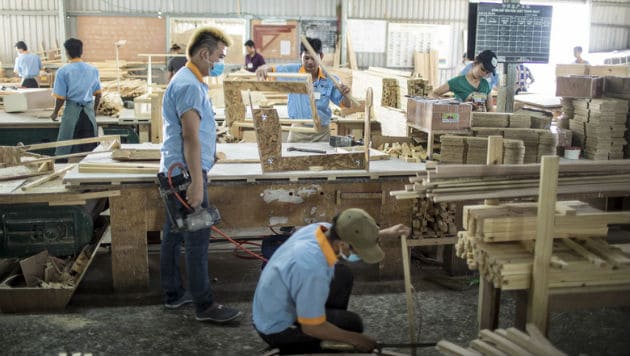 HO CHI MINH CITY, Vietnam — Do Thi Minh Hanh, a labor activist, had grown accustomed to being beaten, hospitalized and jailed for her work in a country where independent trade unions are banned.

So it gave her hope for a reprieve when Vietnam reached a trade deal with the United States and other countries that called for its members to bolster workers’ rights and protect independent unions.

That hope fizzled in late January, when President Donald Trump pulled the United States out of the trade deal, the Trans-Pacific Partnership, with the stroke of a pen.

“The Vietnamese government will use this as an excuse to suppress the labor movement,” Hanh said. “They never wanted to have independent unions in Vietnam.”

That labor-rights promise has become collateral damage as the United States turns inward under Trump. As the new president vows to rip up or rethink relations with trading partners, he could also abandon accompanying pledges the U.S. has won from other countries to protect workers’ rights and the environment.

Critics of the labor and environmental protections in the TPP and other trade agreements consider them a political sop that amounts to unenforceable window dressing. Still, America’s new trade retreat could allow countries like China to set the terms of global commerce — countries that are unlikely to use their economic heft for moral persuasion.

For example, the U.S. withdrawal from TPP paves the way for China to advance its own Asian free-trade deal, the Regional Comprehensive Economic Partnership. The China-led deal, said Rajiv Biswas, the Asia-Pacific chief economist at IHS Global Insight, “is less ambitious in its scope of coverage, and does not include major reforms to labor-protection standards.”

U.S. negotiators in recent years have added labor and environmental protections to trade deals as anti-globalization sentiment rose in the United States. In the past 24 years, the U.S. has struck 13 free-trade agreements covering 19 countries that include worker and environmental protections. In most cases, the deals merely call for the countries to follow their own laws.

Supporters of these measures argue that they can have an effect. Following the American example, the European Union has started adding similar requirements to its trade deals. U.S. negotiators have also strengthened the language somewhat in more recent trade deals, including the TPP.

Those agreements had “real teeth in terms of trade sanctions” said David A. Gantz, a law professor at the University of Arizona in Tucson who is an expert on international trade agreements. “They might have made a real difference had TPP gone forward.”