The Horror of Modern-Day Slavery in India’s Brick Kilns - FreedomUnited.org
Skip to content
Back to Global News 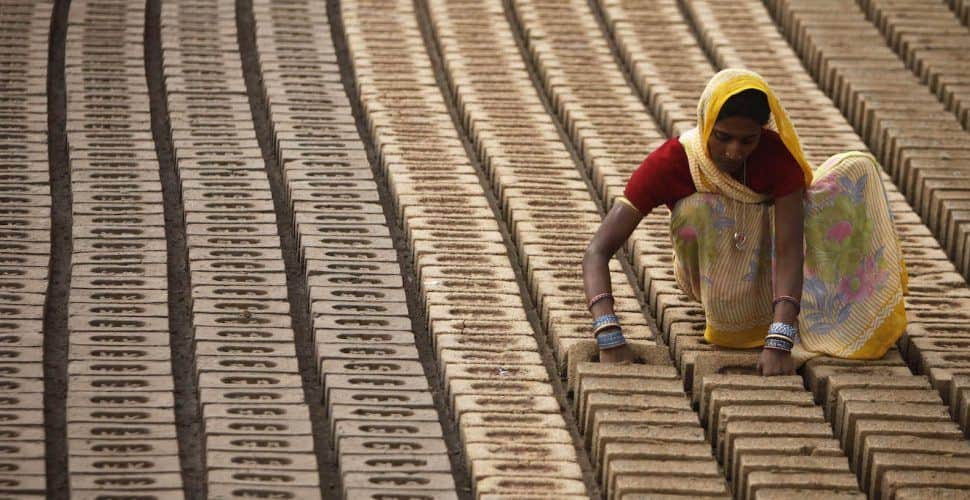 The Horror of Modern-Day Slavery in India’s Brick Kilns

Brick kiln workers in India face horrors. For his sister’s wedding, Brijesh Yadav borrowed US$300 from a contractor.  It was start of a nightmare as he struggled to pay the debt.  He and his family travelled to Uttar Pradesh to work in a brick kiln in Gujarat.

“They would beat me day and night. He was referring to the kiln’s managers. “I have worked as a laborer [on farms] for many years but that was the first time I was beaten.”

He and his wife, three children under the age of 10, and his ageing father worked at the kiln, but only Brijesh was paid.

Brijesh is one of approximately 25 million people working in over 100,000 brick kilns across India, according to figures quoted by Anti-Slavery International. An estimated 50,000 of those people are thought to be working in slavery-like conditions, says Sudhir Katiyar, project director of the Prayas Centre for Labour Research and Action, an NGO based in the state of Rajasthan in north-west India.

The organisation, which focuses on promoting worker welfare across several key informal worker groups in India, says the violence in brick kilns ranges from verbal abuse to beatings and rape.

In the last ten years, India has experienced a construction boom, so red construction bricks are in demand.  in 2013 a study was released by Global Construction Perspectives, a construction and infrastructure-focused think tank.  The Oxford Economics advisory firm, predicted that by 2030, India – which is already one of the world’s biggest construction markets – will be worth US$1 trillion a year.

Some builders in the country have adopted new construction techniques such pre-fabrication, which uses alternative materials like steel and concrete. But Indians still prefer fired red bricks and for most of the country, the ‘construction boom’ signifies moving from makeshift homes to permanent, respectable brick and mortar houses.

Sameer Maithel is the director of the advisory firm.  He says, “Red bricks fired in kilns still constitute almost 80 per cent of the market for bricks in India, and because of their long history, they continue to remain popular.”

Some of the kiln operations are like debtors’ prisons, or worse, with at least tacit official consent, NGOs say.

“They take away any jewelry the women have. If the husband has to leave the kiln for a trip back home, they will hold the wife back as surety. They will also have the muscle men staring at the laborers, intimidating them in different way.  One gets the sense that kilns have these officials on a payroll. When we receive a complaint from workers through helplines or unions, the authorities refuse to act promptly.”