Traceability Tech's Impact on Local Filipino Fishers - FreedomUnited.org
This website uses cookies to improve your experience. We'll assume you're ok with this, but you can opt-out if you wish.Accept Read More
Skip to content
Back to Global News 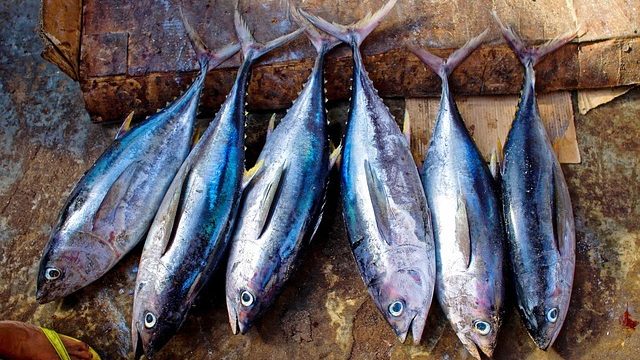 Jason Albasi first heard on TV that he’d need to install an electronic monitoring device on his boat. Albasi, a small-scale local fisherman in the southern Philippines said the new regulation offered potential benefits: greater security during his long journeys out at sea, the ability to control the temperature of the ice, and the whole chain of information that customers now require of him.

There was just one problem: the technology was far too expensive for a local fisherman like him to afford.

“Buyers are increasingly asking us for information about where we have fished,” explained Albasi. But the increased demand for full transparency in the seafood supply chain needs to take into account the economic situations of small scale vs large scale fishers.

“We not only have to look at ensuring traceability but also at ensuring the survival of these fishermen,” says Raúl González, spokesperson for the Alliance of Tuna Handliners in the southern city of General Santos. “If there is no premium price [for catches made by vessels with integrated traceability systems], it will just be another onus that comes without any added benefit.”

The technology allows data to be recorded on where each fish is caught at the very moment it is caught and to be sent directly to an electronic system that buyers should then be able to access.

But it relies on complex services, generally provided by private companies supporting this data collection process, which can cost hundreds of dollars a month in subscription charges, too high a price for fishers like Albasi, who earn as little as 15,000 pesos a month (around €250 or US$287).

The Philippine government has recently adopted new legislation requiring all fishing vessels to install a Vessel Monitoring System (VMS) to track their movements in an effort to crack down on illegal fishing.

Making traceability tech accessible for small-scale fishers is key; the FAO says 90% of the fishing industry is made up of small, independent fishers.

Filipino company Futuristic Aviation and Maritime Enterprise (FAME) is taking on this challenge by developing an affordable transponder, a small device that works with radio frequencies, that complies with new traceability and tracking regulations.

FAME’s system costs 800 pesos a month (around €13.40, US$15.30), but CEO of FAME, Arcelio Fetizana Jr., explained that despite lower costs, many local fishers still see new technology as a challenge.

“If they are simple, they are more likely to use them. If not, they will just represent an added burden for them.”