80% Drop in Sea Crossings — but Torture in Libya on the Rise - FreedomUnited.org
This website uses cookies to improve your experience. We'll assume you're ok with this, but you can opt-out if you wish.Accept Read More
Skip to content
Back to Global News 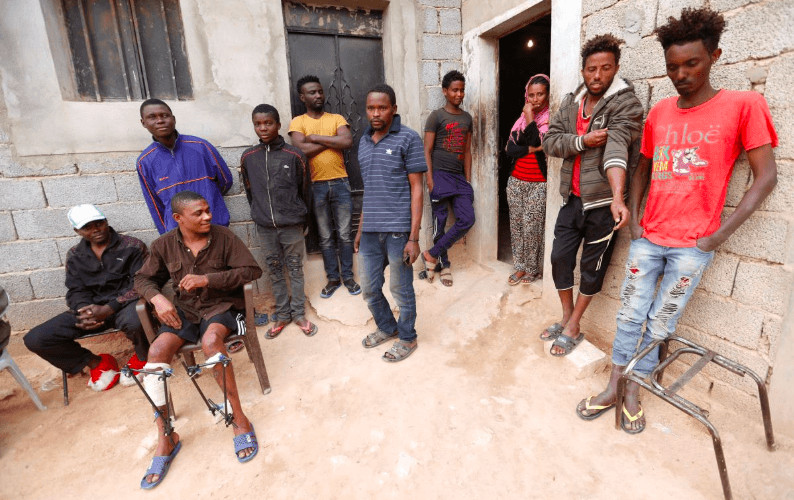 A safe house for migrants in Libya who are so weak or ill that their smugglers and traffickers abandoned them has taken in more than 3,000 people since it opened a little over a year ago.

Many have suffered serious injuries at the hands of traffickers. Youssef, a 24-year-old from Senegal said he was held for three months in a hidden prison before his parents managed to raise $1,500 to secure his release.

“We were beaten, given electric shocks, we didn’t have anything to eat,” he said. “There were people who died in there.”

As European powers have pushed to curb the flow of migrants crossing the Mediterranean Sea from Libya to Italy, those stuck in Libya say that the abuses and enslavement of migrants has gotten worse.
Thomson Reuters Foundation reports:

The number of mainly sub-Saharan African migrants reaching Italy has fallen sharply since last July, when a major smuggling group in the Libyan coastal city of Sabratha struck a deal to halt departures under Italian pressure and was then forced out in clashes. Libya’s EU-backed coastguard has also returned more migrants to Libya after intercepting them at sea.

So far this year, just over 6,400 migrants have crossed from Libya to Italy, a drop of more than 80 percent compared to the same period last year, according to Italian interior ministry data.

For those inside Libya the situation is “unbearable”, said Osman, a Sudanese community representative in Tripoli.

“Before, it was possible that they took money and then left (the migrants. Now they take the money and then torture them with fire, with electricity. The torture has increased. The sea route is shut … if you can’t travel there’s more torture.”

Khadija, a resident of Tripoli who volunteers to help African migrants, explained that thousands of migrants are traded between gangs, exploited for money and forced labor.

“They are gangs and (the migrants) are delivered from one gang to another. I take my share then you receive the migrant and take your share, and so on,” she said.

UNHCR has attempted to resettle and evacuate from refugees through Niger, though these evacuations have been suspended due to delays in European countries accepting refugees.

For now, those on the ground in Libya say that conditions are rapidly deteriorating as migrant torture becomes more extreme. Aid workers say they are also seeing more cases severe malnutrition and active tuberculosis.