ILO Opens Office in Qatar — First in the Gulf Region - FreedomUnited.org
This website uses cookies to improve your experience. We'll assume you're ok with this, but you can opt-out if you wish.Accept Read More
Skip to content
Back to Global News 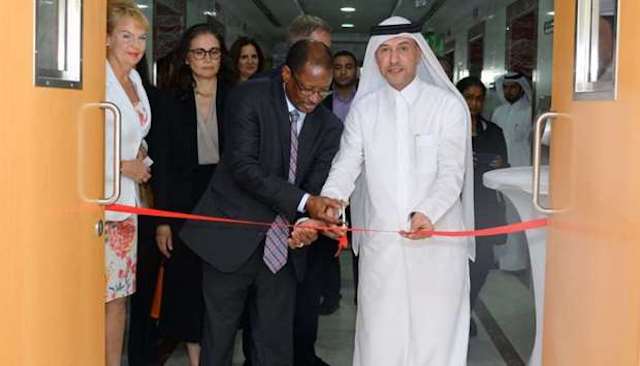 ILO Opens Office in Qatar — First in the Gulf Region

The International Labour Organization (ILO) has opened an office in Doha, Qatar — the first ever ILO office in the Gulf region.

The launch of the new office will commence a three-year technical agreement signed by the government of Qatar and the ILO. This will encompass a review of Qatar’s national labor laws, government employees’ capacity to enforce policy, and recruitment practices with the intention of aligning them with international ILO standards.

HE Dr Issa Saad Al Jafali Al Nuaimi, the Minister of Administrative Development, Labor, and Social Affairs, said that “This is another step towards ensuring Qatar has a labour system that reflects global best practice. The Government of Qatar now has another partner to promote and protect the rights of our guest workers.”

The technical agreement focuses on five areas: improving wages, improving work and occupational health and safety inspections, implementing a contractual system and improving work conditions and procedures, strengthening prevention measures for forced labour and human trafficking (including the prosecution of those involved in it), and giving a voice to labourers and enforcing complaint mechanisms.

A number of projects have been implemented since the start of co-operation between the two parties in January 2018.

These include holding a workshop focused on reviewing the minimum wage, and organising an occupational health and safety conference which addressed issues to protect workers from fatigue during the summer.

This month there will be more workshops focusing on the law and domestic workers, wage protections, and limits on summer working hours.

In October of last year the International Trade Union Confederation (ITUC) noted that Qatar planned to make reforms to protect the labor rights of migrant workers.