Migration Ban on Work in Kuwait Permanent: Duterte - FreedomUnited.org
This website uses cookies to improve your experience. We'll assume you're ok with this, but you can opt-out if you wish.Accept Read More
Skip to content
Back to Global News 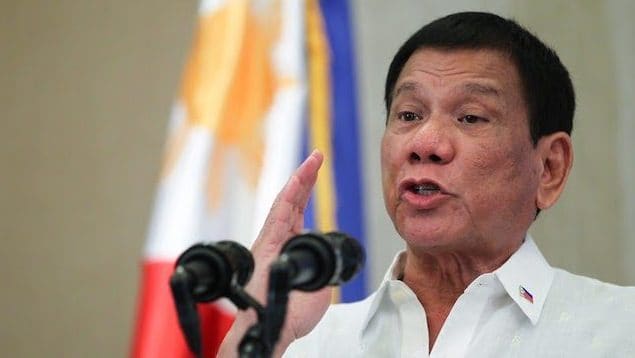 Philippine President Rodrigo Duterte has declared that the temporary ban on sending new Filipino workers to Kuwait is now permanent, intensifying the diplomatic rift between the two countries.

In February of this year President Duterte imposed a migration ban on Overseas Filipino Workers (OFWs) to the Gulf nation after the gruesome discovery of a Filipino domestic worker’s body in her employers’ freezer.

This latest move by Duterte now puts into question if the two sides will ever come to an agreement over labor protections for migrant workers.

The two countries had been negotiating a labour deal that Philippine officials said could result in the lifting of the ban but the escalation in tensions has put the deal in doubt.

“The ban stays permanently. There will be no more recruitment for especially domestic helpers. No more,” Mr Duterte told reporters.

There was no immediate response from Kuwait, where around 262,000 Filipinos are employed – nearly 60 per cent of them as maids, according to the Philippines’ foreign department.

President Duterte called the treatment of Filipino workers in Kuwait a “calamity” and says he wants to bring home all exploited domestic workers who want to find a way out.

“I would like to address to their patriotism: Come home. No matter how poor we are, we will survive. The economy is doing good and we are short of our workers,” he said.

Duterte added that those who do return from Kuwait could potentially find jobs as English teachers in China, pointing to improved ties with Beijing.