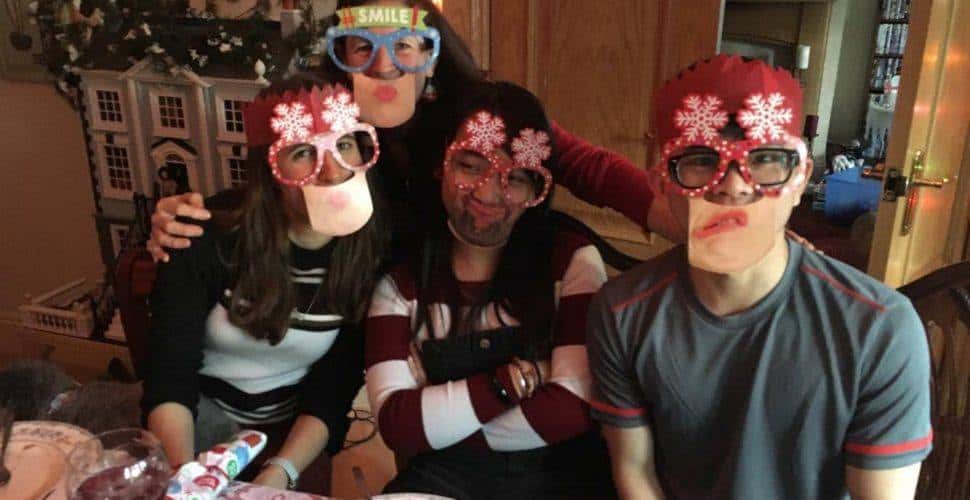 Twenty-nine leading anti-trafficking organizations are urging the UK Home Office to reconsider its refusal to grant asylum to Stephen (not his real name), a Vietnamese orphan who was trafficked to the UK as a child, forced to grow cannabis and regularly beaten. A petition supporting Stephen has gained over 100,000 signatures in recent weeks, which will be delivered to the Home Office this week before his appeal on February 5.

Since Stephen was rescued by police at 16-years-old, he was placed with a foster family (pictured above) and began attending school and learning English northeast of England. Yet a year later he lost his automatic right to stay in the country and subsequently applied for asylum. In December, the Home Office rejected his application, meaning Stephen may be deported to Vietnam — a country he hasn’t been to in nine years and where he has no family or support network.

The Independent spoke to Stephen and his foster family, who say they are devastated by the decision:

Stephen said: “I was so disappointed and upset about the refusal letter. I got the same feeling before when my foster mum died and there was no one who wanted to have me. I can’t imagine how I would cope with many terrible things if I am to be sent back to Vietnam.”

Naomi Tomlinson, Stephen’s foster sister, said the family was “devastated” at the Home Office’s refusal, saying Stephen had over three-and-a-half years become a “member of the family” and warning that he has nothing to go back to in Vietnam.

“We were devastated when he got the refusal letter. In our eyes there’s no reason for him to be deported. He’s worked really hard since coming to live with us to learn English, to learn British culture, to make friends, to become a part of the community,” she said.

Helen Goodman, Stephen’s MP and the shadow minister for foreign affairs, called the Home Office’s decision “grotesque.” “The police rescued him. They knew all the problems he had in his life. He has nothing to go back to in Vietnam – nobody and nothing to go back to. Whereas here he has a new family, a new way of life, education and all those things,” she said.

Many of the anti-trafficking organizations supporting Stephen point to the failure of the UK’s National Referral Mechanism, the process in which individuals are identified as victims of human trafficking, to treat child victims with dignity. Dr Geoff Debelle, child protection officer for the Royal College of Paediatrics and Child Health, explained that there needed to be a “care pathway” that “includes trauma informed therapy and rehabilitation. It should not involve deportation back to the situation that enslaved them.”

A spokesman for the UK Home Office said that “The UK has a proud history of granting asylum to those who need our protection,” adding that the government would spend £3m on trafficking prevention in Vietnam.

In the lead up to his appeal, Stephen says he has been overwhelmed by the public’s support: “The petition is unbelievable. I’m so, so lucky to have so much support.”

So why not for once live up to what you espouse instead of committing the most stupid of acts and ruining yet another poor soul’s life.

Poor kid, let him stay he wants to be a citizen

What sort of country are we becoming? If we can’t look after kids like Stephan with love and respect where are we going? We need to demand our politicians put ethics and morality before gesture politics. We hear a lot about what’s good for the UK. Please let’s make caring and compassion for Stephan and others like him our top priority. Thank you to his foster family and all those people within charities working on his behalf. His appeal is vital for him and his adopted country.

This is abhorrent behaviour on the part of the UK Office! Absolutely no justification to send a poor little enslaved child back to the human traffickers when he has been welcomed by a loving and caring family!!! Shame Shame Shame!!!!

The government could and should deport thousands of dangerous undesirables from the U.K. It’s hard to understand why they would focus on someone like this boy.

Sophia Keller
Reply to  A Condie

One hopes that your point is misunderstood. You sound as if you approve of sending this poor child back to an unknown situation in which he will surely be vulnerable to repeated trafficking. How can he be seen as “undesirable”? He is a victim and now has a stable, supportive home with the chance to become a productive member of society.