The Terrifying Ordinariness of Where Slavery Happens - FreedomUnited.org
Skip to content
Back to Global News 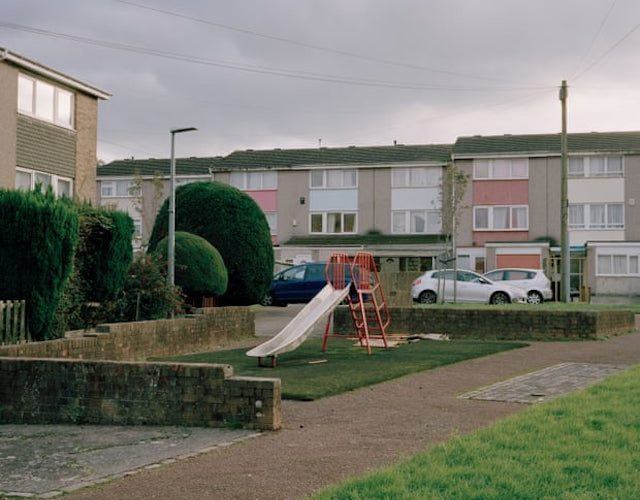 The Terrifying Ordinariness of Where Slavery Happens

A new book from photographer Amy Romer is revealing a startling truth: modern slavery happens in places where you wouldn’t necessarily expect it, often in some of the most ordinary, suburban cul-de-sacs of Britain.

In The Dark Figure, Romer aims to reshape how the public thinks about human trafficking, to address the preconceived notion that trafficking only happens in far away impoverished countries and is something that doesn’t happen next door.

Act Now: Support for All UK Victims of Modern Slavery

The title for the book comes from the estimate that 13,000 people are trapped in modern slavery in Britain — a “dark figure” because it reflects just how many thousands of cases have not come to light and how many victims remain.

There is nothing to indicate “slavery next door” about Cunliffe Street, a nondescript terrace of brick houses. And that’s exactly what Amy Romer, a 30-year-old photographer originally from Exeter, set out to show in her book The Dark Figure*, which juxtaposes images of seemingly innocuous, everyday British locations – country lane, suburban cul-de-sac, muddy farm – with descriptions of the crimes of modern-day slavery that have taken place there.

For the series, Romer trawled news and police reports for modern slavery crimes, and travelled around the UK to take pictures. The book includes accounts of women forced into prostitution; Vietnamese men trafficked to work on cannabis farms; vulnerable people rounded up and imprisoned in filthy caravans. We see the image and the words, but the brain struggles to match the ordinariness of the landscape with the horror of the account.

Even without the captions, Romer’s photographs evoke a haunting stillness. Some of the landscapes include main thoroughfares and popular byways, but nearly all the images are void of people; in every shot, it feels as if we are peering into a ghost town, waiting for the protagonists – or the action – to arrive.

“The fact that there are no people makes you look a little bit closer and invites you to wonder what’s happening in these images and why they’re there,” says Romer.

“It’s the idea that something’s being hidden [that] gives them an eerie sense, and which is interesting, because the [locations also] look so normal and so like the town that you grew up in, or where I grew up.”

The Dark Figure started off as Romer’s third-year university project, but it has grown into a resource used by Home Office, local councils and British police use it as a training resource to help identify and raise awareness about modern-day slavery.

Romer even self-funded a free poster of one of the Bristol photos included in the book, which she hopes others will use to spread awareness in their communities.

“I’m asking people to put up the poster in their local community centre or somewhere that it’ll get seen. I want [people] to actually learn something from it,” she said.