The Reason Why Thousands of British Girls Will Not Return to School - FreedomUnited.org
Skip to content
Back to Global News 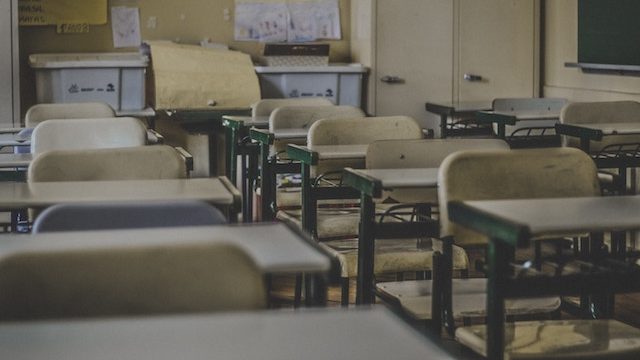 The number of girls in Britain being forced into marriage abroad has soared by a third in recent years according to a leading charity.

Non-profit Karma Nirvana is condemning the Home Office in particular for failing to take the problem seriously after the government shelved an awareness campaign about forced marriage. Forced marriages peak during summer break, when girls are taken abroad by their families to wed complete strangers.

From May to July of this year, Karma Nirvana says it has already received 150 cases of forced marriage.

The charity also found cases of forced marriage soared by 40 per cent at the start of the school holidays this year, and revealed it was receiving reports of cases at a rate of two a day in July, more than double the average of 25 seen in the first four months of the year, with 44 cases reported in May and June.

Jasvinder Sanghera, CBE, founder and chief executive of the charity, warned thousands of girls would not be returning to school in September, having had their educations cut off and – in many cases – been left trapped in a cycle of poverty after falling victim to the offence.

She said the Home Office had planned an awareness campaign ahead of the summer holidays but decided to drop it at the last minute, postponing it until later in the year, a strategy she said was “missing the point”.

Sanghera added that schools have also been reluctant to take up the issue despite being well-placed to raise awareness of the problem.

“Very few schools are willing to engage. We write to them and we go into the school and a survivor does a presentation – on average we receive three disclosures [of forced marriage] for every school we go into,” she said. “We went to one school in Birmingham and within seven days of being there we had dealt with over 11 disclosures.”

On top of this, Karma Nirvana warns that even if teachers notice their female students missing from the classroom, the “alarm bell will not necessarily ring because the first person to be alerted are the parents, who will often say they are being educated abroad. The parents are the perpetrators of the crime of forced marriage.”

“The parents’ story will be heard and the victims’ will not.”

If Britain wants enlightened and productive immigrant settlers it has to inculcate through incentives and penalties non discriminatory practices. Otherwise in the long run all will suffer.

The teaching should be a clear understanding of our laws. Enlightened people do not deny their daughters a fully funded state education nor do they kidnap and force them to marry. As with any citizen the penalty should apply…That’s the incentive.

This is another form of slavery that is allowed to continue as with today’s technology and it’s prolific use by the UK such crimes could be thwarted and those responsible prosecuted. But we all know or surely dawned on most that ending human trafficking and paedophilia and all it’s permitted guises is at the bottom of the technology goals pile.

The long summer break is a prime time for FGM as well. Something else some schools seem wary of tackling.