The Promise of Worker-Driven Social Responsibility - FreedomUnited.org
This website uses cookies to improve your experience. We'll assume you're ok with this, but you can opt-out if you wish.Accept Read More
Skip to content
Back to Global News 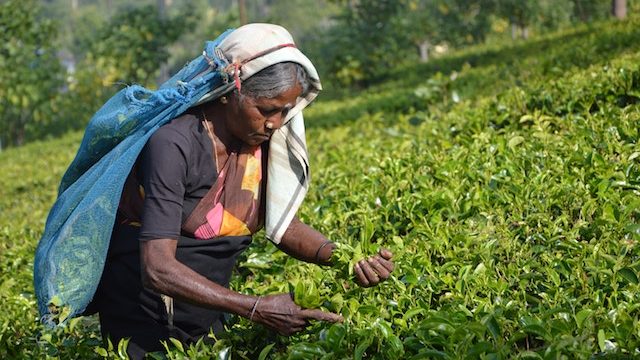 The Promise of Worker-Driven Social Responsibility

The world of work is changing according to a new roundtable of labor experts from around the world.

While companies used to produce their goods in-house, in recent decades much of production has been outsourced to hundreds, sometimes thousands of suppliers across the globe.

Today, more than 80% of goods and services are traded via these global supply chains.

“Multinationals outsource their work to other regions where labour is cheaper,” says Anannya Bhattacharjee, the international coordinator of Asia Floor Wage Alliance.

“They evade the responsibility of actual production, yet still benefit from the cheaper cost of production. Most work within supply chains is offered on a take it or leave it basis, and the terms on offer consistently favour corporations.”

While some of the worst cases of abuse are now classified as forms of modern slavery or human trafficking, these cases are only the tip of a much larger iceberg. Effective intervention requires a focus upon all vulnerable workers, rather than only workers found subject to modern slavery.

According to Luis C.deBaca, a former director of the U.S. Office to Monitor and Combat Trafficking in Persons, interventions which narrowly focus upon the most extreme cases run the risk of exempting “companies from having to create better workplaces by making only the most egregious important”.

Corporations regularly declare that any problems can be resolved via corporate social responsibility and social auditing programmes. Yet this leads to a “never ending game of cat and mouse”, according to Han Dongfang from the China Labour Bulletin.

Corporations “are busy sending out auditors to the suppliers, auditors are busy travelling between different worlds and writing reports, employers are busy telling their workers what to say and what not to say to the auditors, and civil society organisations and media are busy finding the faults in the audits”.

What is clear is that worker input is largely missing from many of these schemes. As Bhattacharjee explained, worker engagement “rarely happens because most corporate activities tend to avoid dealing with workers’ organisations.”

Yet there is an alternative model that is gaining traction: worker-driven social responsibility (WSR), which aims to give workers a central voice in determining and monitoring their own working conditions.

It has already taken off in Florida’s tomato fields, Vermont’s dairy farms, and Bangladesh’s garment factories, appealing because WSR is outside of company control.

“Corporations can no longer claim to be committed to a tripartite, high-low style dialogue with the unions while simultaneously using lobbying and business associations to ensure unions stay powerless,” noted C.deBaca.

Furthermore, instead of only focusing on the most egregious labor abuses, WSR provides a platform for addressing many forms of widespread, everyday abuse, such as wage theft that can escalate to more severe exploitation.