Dozens of Indigenous Children Rescued in Oaxaca - FreedomUnited.org
This website uses cookies to improve your experience. We'll assume you're ok with this, but you can opt-out if you wish.Accept Read More
Skip to content
Back to Global News 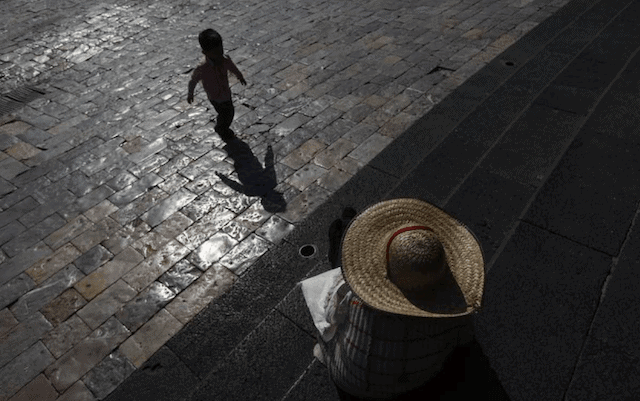 Mexican authorities are on the hunt for the ringleader of a human trafficking ring that forced dozens of indigenous children to beg for money at traffic intersections in Oaxaca City.

The sixty victims, nearly all of them children, are of indigenous Tzotzil origin from neighboring Chiapas state. Authorities discovered and freed them from a single home on Saturday according to the Attorney General’s office of Oaxaca state.

Shockingly, six of the children were under the age of the two.

Police have made 11 arrests in the case thus far, but the suspected leader remains at large.

The 60 women and children rescued in Oaxaca were found living in hand-built shanties of sheet metal and cardboard crammed into a building courtyard, according to local media.

“People leave their communities looking for more opportunities, and some say that even under these conditions, they were better off than in their towns,” said Josué Melchor, a spokesman for the state Attorney General’s office.

“Some leave because of a scam, in other cases they leave on their own free will or with relatives to find a better opportunity,” he told the Thomson Reuters Foundation.

The rescue operation in Oaxaca followed a months-long investigation and is one of the most significant cases in the state’s history, the Attorney General’s office said.

The rescued children are being held in government shelters while authorities try to return them home to Chiapas, according to the Attorney General’s office.

The UN says that 8 out of 10 indigenous people live in extreme poverty. As a result, impoverished indigenous families from poorer Mexican states like Chiapas and Oaxaca often leave home to find work, but many fall victim to trafficking.

While only 12% of Mexico’s population is indigenous, nearly half of the 21,000 victims of sex trafficking in the country are indigenous girls.

The National Human Rights Commission (CNDH) estimates that there are as many as 500,000 victims of human trafficking in Mexico, but poverty and the lack of economic opportunities leave indigenous communities especially vulnerable.