The New US Trafficking in Persons Report is Here - FreedomUnited.org
This website uses cookies to improve your experience. We'll assume you're ok with this, but you can opt-out if you wish.Accept Read More
Skip to content
Back to Global News 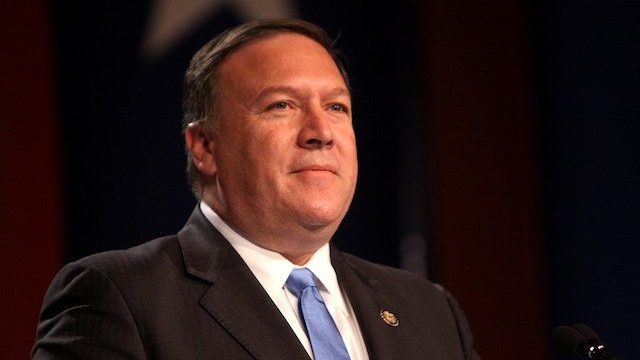 The New US Trafficking in Persons Report is Here

The annual US Trafficking in Persons Report is out. And there are some notable changes.

For one, the US Department of State report downgraded Saudi Arabia and Cuba to its lowest ranking — Tier 3 — for failing to make efforts against human trafficking. In particular, the US called out Saudi Arabia for abuses of its vast migrant workforce and Cuba for its exploitative program of sending doctors overseas.

Among the other 21 countries in Tier 3 were China, Iran, Myanmar, North Korea, Russia, and Venezuela. By being placed in Tier 3, the US can restrict aid or withdraw support for the country at the IMF and other global development agencies.

The 2019 report also dropped a warning from the 2018 issue that traffickers prey on children separated from their parents, a practice that US President Trump applied to thousands of migrant families.

“The physical and psychological effects of staying in residential institutions, combined with societal isolation and often subpar regulatory oversight by governments, place these children in situations of heightened vulnerability to human trafficking,” the 2018 report said.

The US section of this year’s report made no mention of the separation of more than 2,700 children from migrant families who crossed the US-Mexico border between official ports of entry, and the children’s placement in government custody.

The TIP report also calls out China for its mass incarceration camps of one million Uighurs and other mostly Muslim members of Turkic-speaking minorities in Xinjiang province. While China describes these camps as vocational training centers, observers say they are subjecting ethnic minorities to forced labor, producing garments, carpets, cleaning supplies in on-site factories.

At a press conference on Thursday, Secretary of State Mike Pompeo said that the US took measures against 22 countries due to their ranking in the TIP report.

“That action and the message that goes with it is very clear – if you don’t stand up to trafficking, America will stand up to you,” he said.

Cuba has more doctors working in poor countries than UNICEF and MSF combined. I have been fortunate to meet some of these doctors who feel helping people is more important than earning lots of money by seeing patients privately. To say this is human trafficking is nonsense. Why report CIA false news?

Was thinking the same thing. It’s a political perception issue. This allows the US to continue to punish Cuba with sanctions for not complying with what it wants them to do which is convert to straight Capitalism. Shame.
Such a great program their medical program is. It educates poor people from anywhere to be doctors, FREE!

Yes, I wondered about this one issue, thanks for clarifying.

Why would you feature a photo of this warmonger on your send out? Ruined my morning coffee.

Wish I could believe this will change much. The 21 – 46 million forced under the boots of unprincipled exploiters, or the lowest class of human in every country, have little hope that any of these will come out of their caves. Does it do any good to say that too many men in the world have gone mad?

Lets be clear – if children are taken from any adults, be they related or not to those adults, so it is NOT the government´s fault, where these adults invaded, but first it is the entire responsibility of those adults who took those children there – they knew the risk but still took it. – Remember many of those children were NOT taken from their parents but from child trafickers, with that purpose. – AND who is supposed to pay for their food, medical care, clothing & housing? –

It’s sad reading but the compilers of this document do not have clean hands, thousands go missing each day, many are found, and many are lost to the seedy elements of the worlds cruelest monsters. No “modern country” can claim the high ground on these statistics, people are more at risk of trafficking today than at any time in world history and never has it been more lucrative to the criminals than it is today.